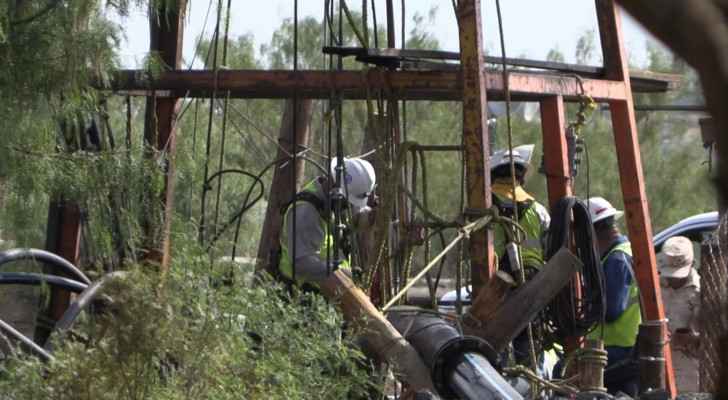 Mexican authorities said Friday they were finally in a position to begin searching a flooded coal mine where 10 workers have been trapped for more than a week, offering fresh hope to anguished relatives.

Several hundred rescuers, including soldiers and military scuba divers, are taking part in efforts to save the miners missing since August 3 in the northern state of Coahuila.

"We have all the conditions to go down there today... to search for and rescue" the miners, civil defense national coordinator Laura Velazquez said.

On Thursday, rescuers had made several attempts to go into the main tunnels but found debris blocking their way that needed to be removed.

Velazquez said the rescue operation would become possible once "97 percent of the water" has been extracted from the 60-meter (200-feet) deep mine in the town of Agujita.

"The necessary resources for the search and rescue have been prepared," she said by video link during President Andres Manuel Lopez Obrador's daily news conference.

The water level in one of the three vertical shafts that rescuers will try to enter has been reduced to 70 centimeters (27 inches), from more than 30 meters initially, Defense Minister Luis Cresencio Sandoval said.

The other two shafts still have 3.9 and 4.7 meters of water.

Authorities consider 1.5 meters to be an acceptable water level to gain access to the crudely constructed El Pinabete mine.

"In any case, we're going to continue pumping... The process is slow but we don't want to take any risks," said Velazquez.

Five miners managed to escape following the initial accident, in which workers carrying out excavation activities hit an adjoining area full of water, but there have been no signs of life from the others.

Thousands march to demand justice for ....