Salman Rushdie on ventilator after stabbing attack in New York

Salman Rushdie on ventilator after stabbing attack in New York 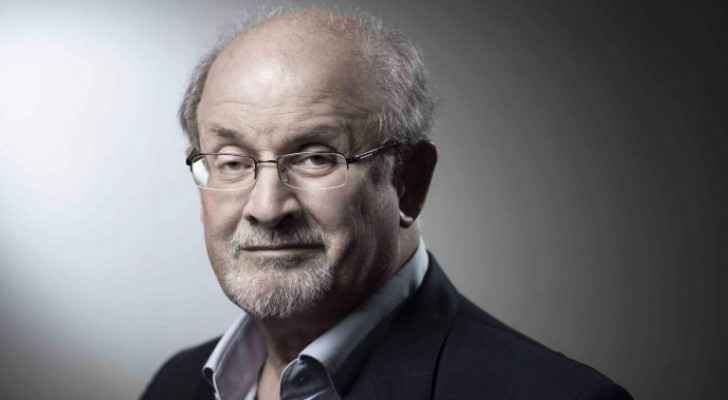 British author Salman Rushdie, whose writings have made him the target of death threats from Iran in the 1980s, was on a ventilator and could lose an eye after he was repeatedly stabbed at a literary event in New York state Friday.

Following the attack just before 11:00 am local time Rushdie was airlifted to the hospital where he needed emergency surgery, and his agent said in a statement obtained by The New York Times that "the news is not good."

"Salman will likely lose one eye; the nerves in his arm were severed; and his liver was stabbed and damaged," said agent Andrew Wylie, who added that as of now Rushdie cannot speak.

Police said Rushdie was stabbed in the neck as well as the abdomen. A number of people rushed to the stage and took the suspect to the ground, before a trooper present at the event arrested him.

A doctor in the audience administered medical care until emergency first responders arrived. An interviewer onstage, 73-year-old Ralph Henry Reese, suffered a facial injury but has been released from the hospital, police said.

The attack occurred at the Chautauqua Institution, which hosts arts programs in a tranquil lakeside community 70 miles (110 kilometers) south of Buffalo city.

Carl LeVan, an American University politics professor attending the event, told AFP he saw the suspect run onto the stage where Rushdie was seated and "stabbed him repeatedly and viciously."

LeVan, a Chautauqua regular, said the suspect "was trying to stab him as many times as possible before he was subdued," adding that he believed the man "was trying to kill" Rushdie.

"There were gasps of horror and panic from the crowd," the professor said.

LeVan said witnessing the event had left him "shaken," adding he considered Chautauqua a safe place of creative freedom.

"To know that this happened here, and to see it -- it was horrific," he said. "What I saw today was the essence of intolerance."

Another witness, John Stein, told ABC that the assailant "started stabbing on the right side of the head, of the neck. And there was blood... erupting."

Rushdie, 75, was propelled into the spotlight with his second novel "Midnight's Children" in 1981, which won international praise and Britain's prestigious Booker Prize for its portrayal of post-independence India.

But his 1988 book "The Satanic Verses" brought attention beyond his imagination when it sparked a fatwa, or religious decree, calling for his death by Iranian revolutionary leader Ayatollah Ruhollah Khomeini.

The novel was considered by some Muslims as disrespectful of the Prophet Muhammad.

Rushdie, who was born in India, was forced to go underground as a bounty was put on his head -- which remains today.

He was granted police protection by the government in Britain, where he was at school and where he made his home, following the murder or attempted murder of his translators and publishers.

He spent nearly a decade in hiding, moving houses repeatedly.

Rushdie only began to emerge from his life on the run in the late 1990s after Iran in 1998 said it would not support his assassination.

Rushdie family 'relieved' he is off ventilator: son

Rushdie family 'relieved' he is off ....