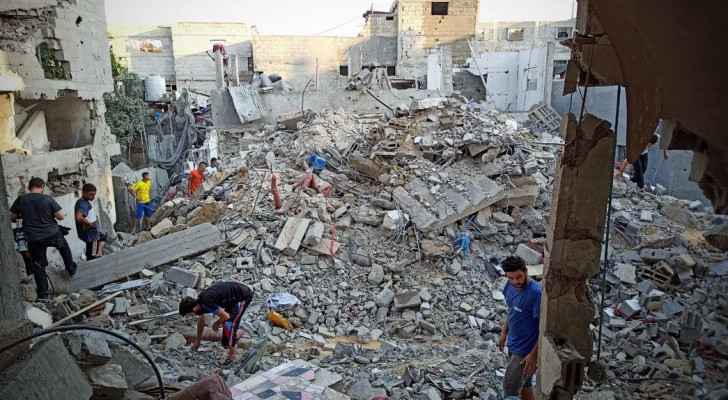 Israeli Occupation on Sunday agreed to an Egyptian proposed truce with Palestinians in Gaza after three days of intense conflict, an Egyptian source said, as Islamic Jihad reported talks toward a ceasefire were underway.

The negotiations raise hopes that Egypt could help broker a deal to end the worst fighting in Gaza since an 11-day war last year devastated the impoverished coastal territory, home to some 2.3 million Palestinians.

Since Friday, Israeli Occupation has carried out heavy aerial and artillery bombardment of Islamic Jihad positions in Gaza, with Gaza firing hundreds of rockets in retaliation.

At least 31 Palestinians have been killed including six children, and 275 people have been wounded since Friday, health authorities said in the enclave where several buildings were reduced to rubble. Two Israeli Occupiers have been wounded by shrapnel.

Egypt's President Abdel Fattah al-Sisi has said officials were talking with both sides "around the clock" to ease the violence. A security source in Cairo said that Israel "has accepted" a ceasefire, adding that Cairo was waiting for the Palestinian response.

A source from Islamic Jihad said that "discussions are underway at the highest levels towards calm", but warned that "the resistance will not stop if the occupation's aggression and crimes do not stop".

"Every minute we receive injured people," he said, earlier on Sunday.