‘I sympathize with the Israeli people’: Ukraine's ambassador to Tel Aviv

‘I sympathize with the Israeli people’: Ukraine's ambassador to Tel Aviv 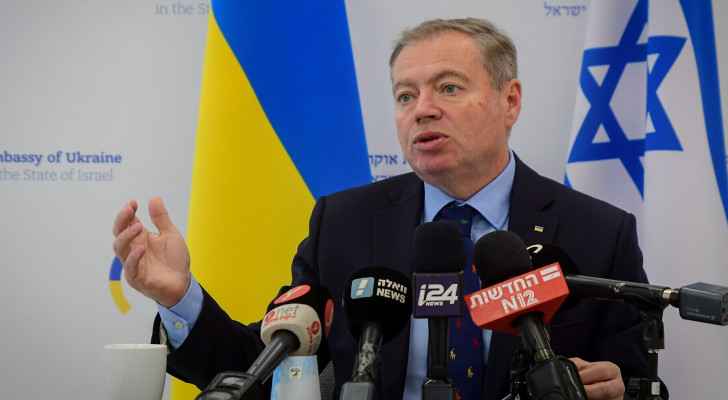 The Ukrainian ambassador to Tel Aviv, Yevgen Kornichuk, revealed his country's position on the situation in the occupied Palestinian territories.

Kornichuk said, "As a Ukrainian, whose country is under a prolonged brutal attack by its closest neighbor, I feel great sympathy for the Israeli people," according to reports from I24 News.

"Attack on children and women is abhorrent. We pray for peace hoping that the escalation will end soon," he added.

The Palestinian Ministry of Health in Gaza announced that as of 12pm Sunday, the Israeli Occupation's aggression on the Gaza Strip resulted in the death of 31 Palestinians, including six children and four women.