Tawjihi exam is being subject to major revisions and scrutiny: Ministry of Education

Tawjihi exam is being subject to major revisions and scrutiny: Ministry of Education 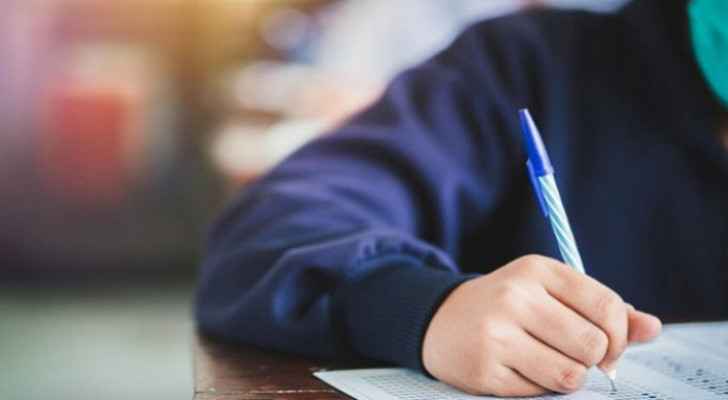 The Secretary-General of the Ministry of Education for Educational Affairs, Dr. Nawaf Al-Ajarmeh, said on Saturday that the "Tawjihi" secondary school certificate exam will be subject to major revisions and scrutiny.

During his patronage, on behalf of the Minister of Education, Dr. Wajih Owais, the Fourth Regional Conference for Excellence in Education organized by the Jubilee Center for Educational Excellence / Jubilee Institute of the King Hussein Foundation, Al-Ajarmeh added that there are several committees to control exam papers that re-review the questions more than once.

He pointed out that the available financial capabilities and the volume of spending on the education sector are among the most prominent challenges facing the sector and stand in the way of further modernization and excellence plans that the Ministry of Education seeks to achieve.

Al-Ajarmeh indicated that creativity and excellence projects must be confronted by a number of challenges and tensions that we seek to confront and overcome, pointing out that one of the most prominent challenges is the existence of a gap in education between the private and government sectors, and between schools in cities and villages, indicating that the Ministry is working to reduce this gap.

He added, "We are facing the skills of the twenty-first century despite the difficult economic conditions and the difficult effects of the Corona pandemic on the sector in general."

He explained that one of the most dangerous tensions and interactions in the education sector is the students' reliance on indoctrination instead of research and investigation, pointing out that this problem is created by the Tawjihi exam, which forces the student to follow this type of education as he seeks to pass the exam as it is the gateway to the university.

Al-Ajarmeh called on universities to play their role in accepting the distribution of students to specializations commensurate with their achievement and abilities, and not to be satisfied with the Tawjihi exam only.

He said that the ministry, in cooperation with the National Center for Curriculum Development, has completed more than 80 percent of its strategic plan to develop curricula, indicating that updating curricula does not contradict customs and traditions, as many are trying to spread about this change and modernization.

He explained that the ministry spent more than 25 million on training teachers, developing their capabilities, and allocating courses for the grade system.

He pointed out that there is a gap in education, especially between the schools of the main cities and the regions of the far outskirts, noting that the ministry overcomes this gap by providing direct support to the schools of the outskirts, and implementing continuous rounds to monitor any shortage or regression to address it directly.

Regarding appointments with the ministry, he stressed that they are made in batches, and that the plans that the ministry seeks is to integrate cadres, especially in the schools of the parties, to fill all the deficiencies of educational cadres in those schools, and reduce the number of teachers at the expense of additional education to the least possible number.

He indicated that the ministry does not object to adopting any training programs in partnership with the private sector, provided that the program is supervised and the trainers accredited in it.

He explained that the Ministry of Education leaves the students and their families the freedom to follow the platform they want as a kind of distance education imposed by the Corona pandemic, "but we in the ministry are concerned with education in the classroom and following up on teachers' teaching in the classroom."

Distance education is not an option: Ministry of Education

Distance education is not an option: Ministry of ....

Distance education is not an option: Ministry ....

Distance education is not an option: ....