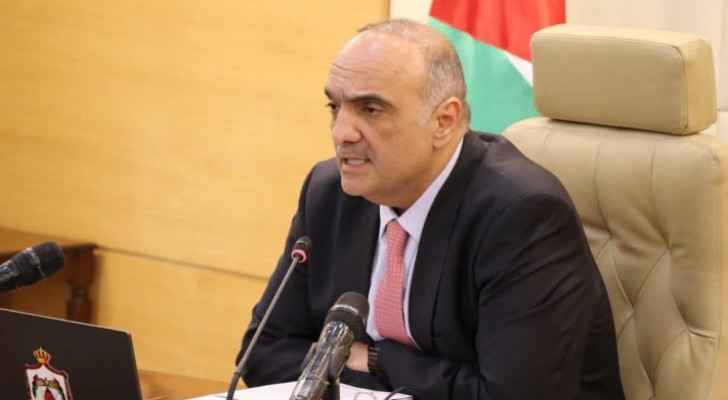 During his sponsorship of the "Edoun Cultural" activities within the celebration of Irbid, the capital of Arab culture, Al-Khasawneh stressed the need for the international community to assume its responsibilities to urgently stop the aggression, provide protection for the Palestinian people, and lift the siege on the Gaza Strip.

He warned against the escalation of the Israeli occupation as it impedes any efforts to achieve peace on the basis of the two-state solution that guarantees the establishment of a fully sovereign Palestinian state on the June 4, 1967 lines, with East Jerusalem as its capital.

Al-Khasawneh affirmed His Majesty King Abdullah II’s firm stances towards the Palestinian cause, leading to the brotherly Palestinian people achieving their full legitimate rights by establishing their independent and sovereign state on the June 4, 1967 lines, with East Jerusalem as its capital, “so that we can achieve the two-state solution based on this A sovereign and independent state for our Palestinian brothers so that we can live in security and peace in this region, as peoples and states.”

He continued, "We are a homeland that defend Jerusalem by upholding the responsibility and duty of the historical Hashemite tutelage that His Majesty King Abdullah II is upholding today with aptitude and pride and giving dearly and preciously, and sometimes facing many difficulties as a result of adhering to this tutelage."