Shtayyeh: We hold the Israeli Occupation Forces responsible for the dangerous escalation

Shtayyeh: We hold the Israeli Occupation Forces responsible for the dangerous escalation 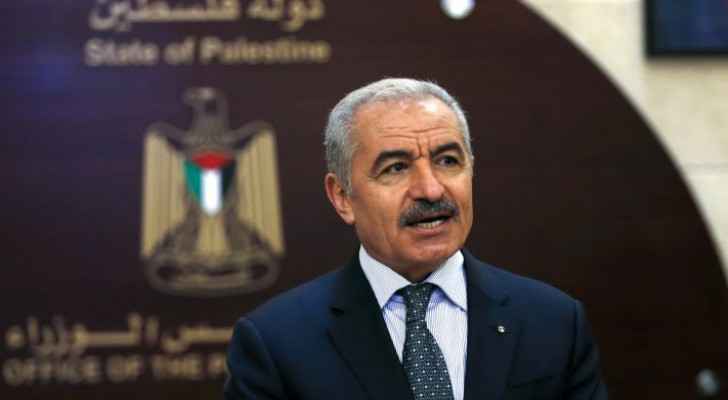 Palestinian Prime Minister Muhammad Shtayyeh said: "Glory to the martyrs, and shame to the occupation that targets our people in its continuous aggression on Gaza."

Commenting on the aggression launched by the Israeli occupation on the Gaza Strip on Friday, he added, "We condemn this aggression and demand its immediate cessation. We hold the occupation forces responsible for this dangerous escalation, and we demand the international community to provide protection for our people."

For its part, the Al-Qassam Brigades, the military wing of Hamas, mourned the martyrs who rose on Friday in the Israeli Occupation bombing of the Gaza Strip.

The brigades said in a statement: "With all verses of jihad and glory, the Izz al-Din al-Qassam Brigades mourns the righteous martyrs who rose as a result of the Zionist aggression on separate areas of the Gaza Strip, headed by the leader in Saraya al-Quds, the martyred Mujahid / Taysir al-Jabari" Abu Mahmoud" and his brothers. Our people and our mujahideen will not go to waste and will be a curse on the occupation, God willing.”