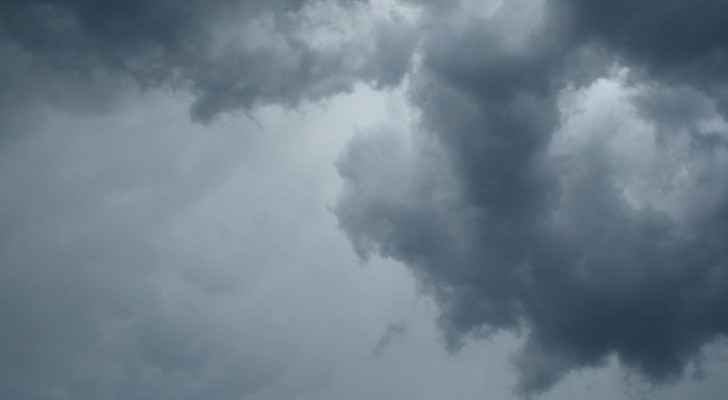 Jordan’s southern and eastern regions are expected to be affected by a state of atmospheric instability, starting from Friday until Sunday, according to ArabiaWeather website.

Its intensity and scope of influence will vary from day to day, and clouds at medium and high altitudes will appear, which may be interspersed in the afternoon and evening periods.

Scattered thunderstorms are expected to fall in the south and east of Jordan, especially in the Badia regions, ArabiaWeather said.

ArabiaWeather pointed out that the case of atmospheric instability is caused by northwesterly winds with temperatures lower than the Mediterranean Sea converging with the hot air mass that is currently affecting the Kingdom.