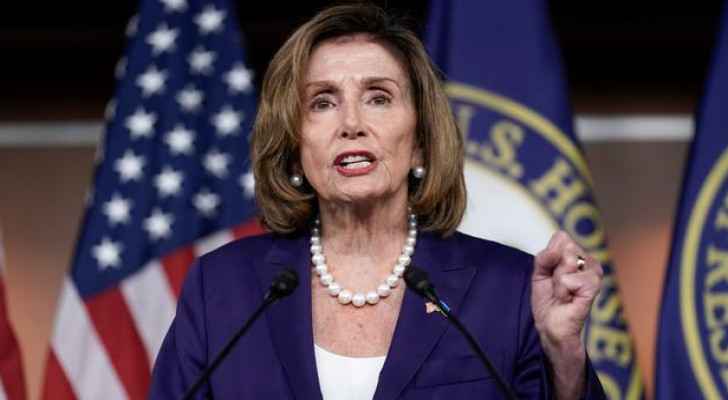 US House Speaker Nancy Pelosi arrived in Japan on Thursday for the final stop on her Asian tour, following a visit to Taiwan that incensed China, according to AFP.

AFP reporters saw the politician disembark from her plane at Yokota Air Base in Tokyo, before greeting the US ambassador and other officials with hugs and handshakes.

Beijing has launched large-scale military drills in the waters around Taiwan after Pelosi this week became the highest-profile elected US official to set foot on the self-ruled island in 25 years.

The 82-year-old politician defied a series of stern threats from China to meet Taiwanese leaders on Wednesday, saying her trip made it "unequivocally clear" that the United States would not abandon a democratic ally.

It is Pelosi's first trip to Japan since 2015, and she arrived from South Korea where her schedule included a visit to the border with nuclear-armed North Korea.

She will meet Prime Minister Fumio Kishida for breakfast on Friday, Japan's foreign ministry said, to discuss the two countries' alliance and issues of shared interest.

Japan, a key US ally, has lodged a diplomatic protest with China over its massive military exercises encircling Taiwan, which began on Thursday.

Parts of Japan's southernmost island region Okinawa are close to Taiwan, as are islets at the center of a long-running dispute between Tokyo and Beijing.

US President Joe Biden also angered Beijing on a visit to Japan in May, when he said US forces would defend Taiwan militarily if China attempted to take control of the island by force -- prompting Beijing to warn that the US was "playing with fire".

Biden and his team insisted at the time that their decades-old approach to Taiwan remained in place, however.

This includes arming the democratic island for its own defense while acknowledging China's legal sovereignty, and expressing "strategic ambiguity" on whether American troops would ever intervene if China invaded the territory.