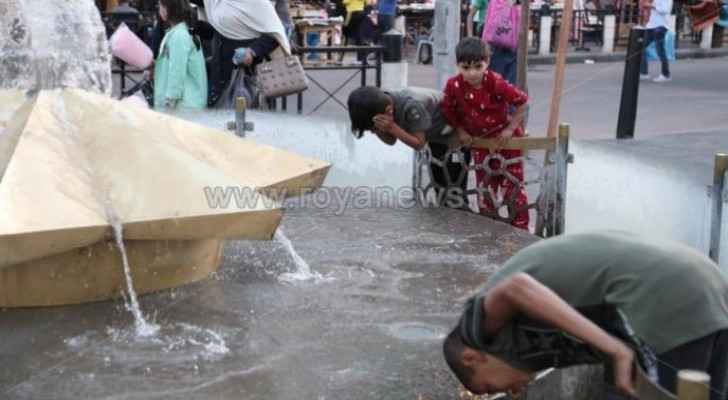 Thursday, Amman recorded the highest temperatures ever this year, reaching 40 °C, according to meteorological stations in east Amman.

This temperature was recorded at a meteorological station in Marka, while other stations in the east of the capital recorded temperatures around 37 °C.

However, temperatures in north Amman ranged from 34-35°C in the north, and around 33 °C were recorded in the south.

This comes as the country is being affected by a hot air mass coming from the Arabian Peninsula, according to ArabiaWeather website.