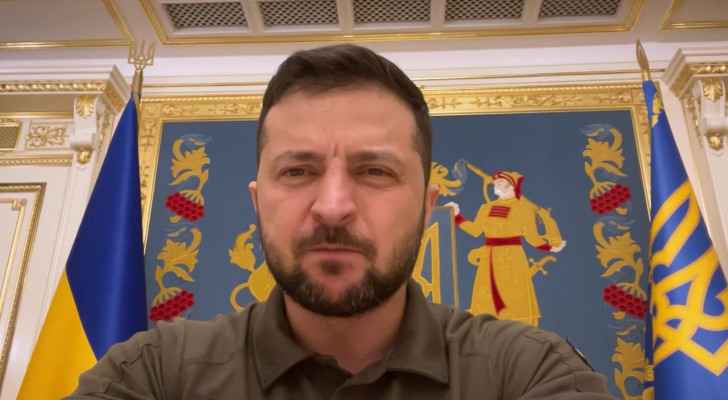 Ukrainian President Volodymyr Zelensky said it was "disgusting" for former European leaders to work for Russia, in an apparent reference to former German chancellor Gerhard Schroeder's comments that Moscow wanted a "negotiated solution" to the war.

The war-torn country's leader spoke out in his daily address on Wednesday, after the publication of an interview in German media in which Schroeder called for negotiations with Russian President Vladimir Putin.

"The good news is that the Kremlin wants a negotiated settlement," the 78-year-old, the immediate predecessor of Angela Merkel, was quoted as saying after he confirmed meeting Putin in Moscow last week.

Schroeder has also called on Berlin to reconsider its position on the Nord Stream 2 gas pipeline, which stands completed but was blocked by the German government in the run-up to the military operation on Ukraine.

"It is simply disgusting when former leaders of powerful states with European values work for Russia, which is fighting against these values," Zelensky said in the video address, without referring to Schroeder directly.

Russia's operation on Ukraine has led to huge public pressure in Germany for Schroeder to turn his back on Putin and to sever his ties with Russia's energy giants.

German Chancellor Olaf Scholz, who like Schroeder is from the Social Democratic Party, has also repeatedly and publicly urged the former leader to give up his Russian jobs.

In May, the German parliament decided to strip Schroeder of perks, including an office and paid staff accorded to him as a former chancellor.

Schroeder, Germany's chancellor from 1998 to 2005, has condemned Russia's operation on Ukraine as unjustified but said that dialogue must continue with Moscow.