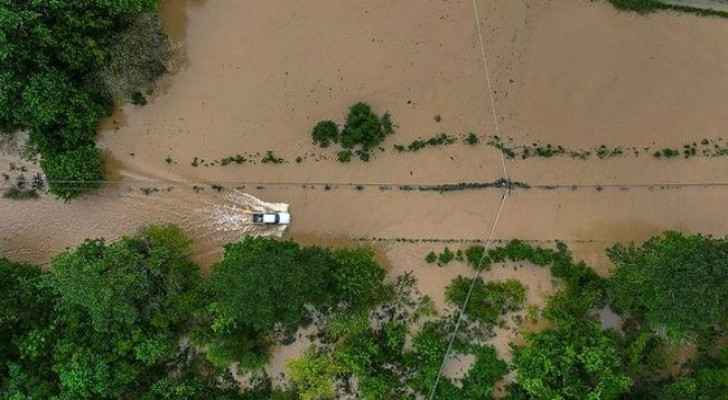 Flash flooding caused by torrential rains has killed at least 15 people in eastern Kentucky and the death toll is expected to double, the US state's governor said Friday.

"It is devastating. Our number of Kentuckians we've lost is now at 15, expected to more than double. And it's going to include some children," Governor Andy Beshear told CNN.

He said hundreds of people had been rescued by boat and there had been about 50 aerial rescues using helicopters deployed by the National Guard.

"Eastern Kentucky floods a lot but we've never seen something like this," Beshear said.

"Folks who deal with this for a living who have been doing it for 20 years have never seen water this high."

Some areas reported receiving more than eight inches (20 centimeters) of rain in a 24-hour period.

The water level of the North Fork of the Kentucky River at Whitesburg rose to a staggering 20 feet, well above its previous record of 14.7 feet.

At least 50 feared dead after tornado hits US state of ....