Meteorological Department warns of exposure to direct sunlight on Friday

Meteorological Department warns of exposure to direct sunlight on Friday 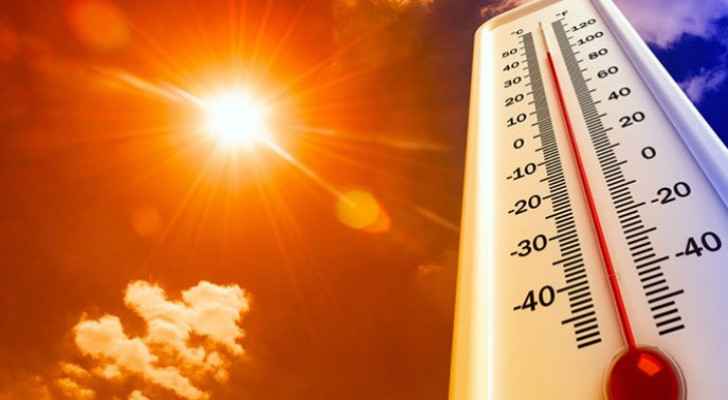 Friday, Jordan’s Meteorological Department (JMD) warned of the danger of exposure to direct sunlight during the afternoon, as well as the possibility of low horizontal visibility due to dust in the Badia regions.

JMD said that Jordan is still under the influence of a hot and dry air mass coming from the Arabian Peninsula.

Temperatures are expected to be higher than their average rates by around 5 to 4 degrees Celsius, and the weather will be hot in most regions of the Kingdom, and very hot in the Badia, the Jordan Valley, the Dead Sea and Aqaba.

On Sunday, JMD added, there will be a slight decrease in temperatures with the appearance of clouds at high altitudes in the south of Jordan.

On Sunday, another slight decrease in temperatures is expected, and the weather will remain relatively hot on Monday.