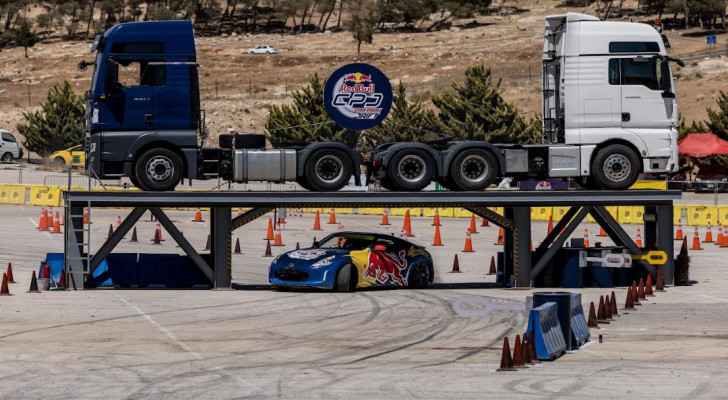 Jordan has a date with the Red Bull Car Park Drift tournament once more on Friday, August 19. Engines will roar and tire smoke will rise in the drifting arenas again, together with the sky-high levels of excitement for the most enthralling motorsport competitions. Drifting professionals and enthusiasts in Jordan will put their skills to the test in the Red Bull Car Park Drift local qualifiers, in the hopes of winning the title of “King of Drift” and the chance to represent the nation against the best drifters in the tournament’s world final in Jeddah.

This will be the eleventh edition of the Red Bull Car Park Drift Championship in Jordan. The last edition was held in 2021, with Abdullah Abu Hussein snagging the title and dazzling the crowd in the local final and the world final, coming in second by a hair-width difference of only two points.

Red Bull Car Park Drift will test racers mentally and physically as they face challenging obstacles. The drivers will have to amaze Jean-Pierre, Anas Beshto and Yusif Bassil, who will be the panel of judges, to win the highest points and walk away with the title.

This year, Red Bull Car Park Drift returns with a live audience on the exhibition grounds on August 19, starting at 8PM. Tickets will be 7 dinars and sold through www.sajilni.com.