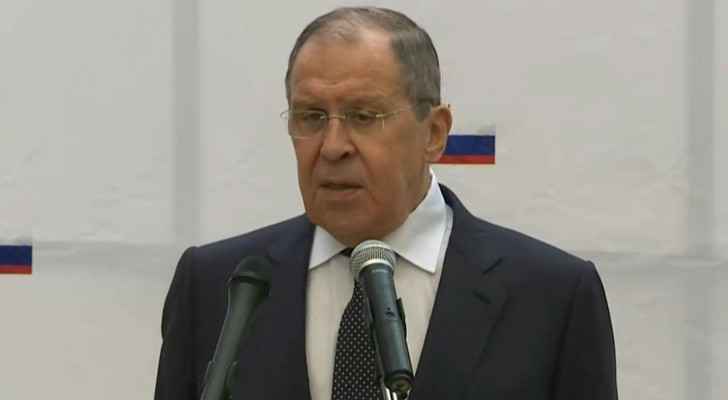 Russia said its missile barrage on a Ukrainian port central to a landmark grain export deal had destroyed Western-supplied weapons, after the attack sparked an outcry from Ukraine's allies.

Russian Foreign Minister Sergei Lavrov was embarking on a tour of several countries in Africa and on his first stop in Egypt Sunday sought to reassure Cairo that Russian grain supplies would continue.

Ukrainian President Volodymyr Zelensky denounced Saturday's strike on the Odessa port as "Russian barbarism" and said it amounted to desperation after the warring sides struck a deal to release exports from the facility.

"Even the occupiers admit that we will win. We hear it in their conversations –- all the time, in what they tell their loved ones when they contact them," he said Sunday in his nightly address.

Turkey helped broker the accord and said immediately after the double cruise missile hits that it had received assurances from Moscow that Russian forces were not responsible.

But Russia's defense ministry rolled back on the denial Sunday, saying the strikes had destroyed a Ukrainian military vessel and arms delivered by Washington.

"High-precision, long-range missiles launched from the sea destroyed a docked Ukrainian warship and a stockpile of anti-ship missiles delivered by the United States to the Kyiv regime," it said.

"A Ukrainian army repair and upgrade plant has also been put out of order."

The strikes have cast a shadow over the milestone accord -- that was hammered out over months of negotiations and signed in Istanbul -- to relieve a global food crisis.