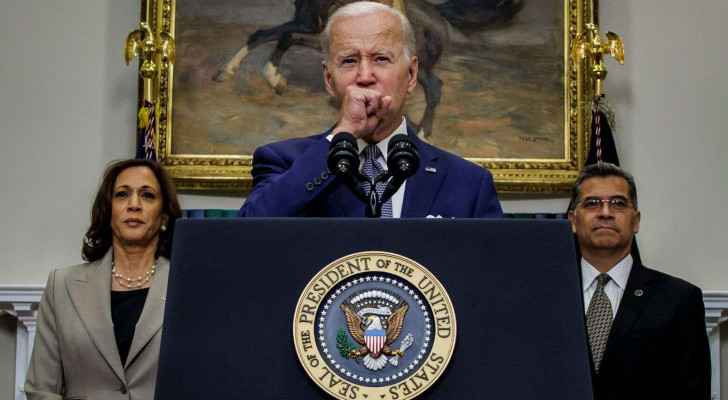 President Joe Biden's symptoms "have improved" and his key vital signs including blood pressure remain normal, his White House physician said Friday a day after the 79-year-old US leader tested positive for COVID.

Isolating at the White House, Biden has posted on social media several times since his diagnosis that he is feeling "good" and continuing to perform his presidential duties.

"His symptoms have improved," doctor Kevin O'Connor wrote in a memorandum to the White House press secretary.

Although Biden was continuing to experience a runny nose, cough and fatigue, his pulse, blood pressure, respiratory rate and oxygen saturation "remain entirely normal," according to O'Connor.

While his temperature rose slightly Thursday night to 99.4 degrees Fahrenheit (37.4 Celsius), Biden was treated with acetaminophen and his temperature has since remained normal, the physician said.

"The president is tolerating treatment well," including the antiviral pill Paxlovid, used to minimize the severity of COVID-19.

The highly-transmissible Omicron BA.5 subvariant is currently fueling a new COVID wave in the United States -- where hospitalizations have doubled in recent months.

While Biden is reported to be in good general health, as the oldest US president ever elected his age heightens concern over the impact of COVID.

Facing a punishing workload, Biden -- like other presidents before him -- had been showing the strain in recent months: his walk is stiffer, his hair thinner, and his speech less fluent than when he took office.

And politically Biden is in a tough phase of his presidency, facing November midterm elections that are forecast to be painful for his Democratic Party, as well as declining personal approval ratings.

The White House has emphasized since Biden's diagnosis that the president was fully vaccinated and twice boosted -- and O'Connor reiterated that he was expected to "respond favorably" to treatment.

"There has been nothing in the course of his illness thus far which gives me cause to alter that initial expectation," he wrote.

Biden will keep isolating in accordance with guidelines from the US Centers for Disease Control and Prevention, and his medical team will "continue to monitor him closely."

While other members of Biden's family and many close advisors contracted the virus, the president had remained COVID-free until now.

On taking office, he made a point of abiding by strict COVID protocols, holding socially distanced meetings or Zoom gatherings, and wearing a mask to public events -- in sharp contrast to his predecessor Donald Trump.

Then-president Trump tested positive for coronavirus in October 2020 -- in the middle of the bitterly fought election race he eventually lost to Biden.