'Where will we go?' Syrians fear threatened Turkish assault

'Where will we go?' Syrians fear threatened Turkish assault 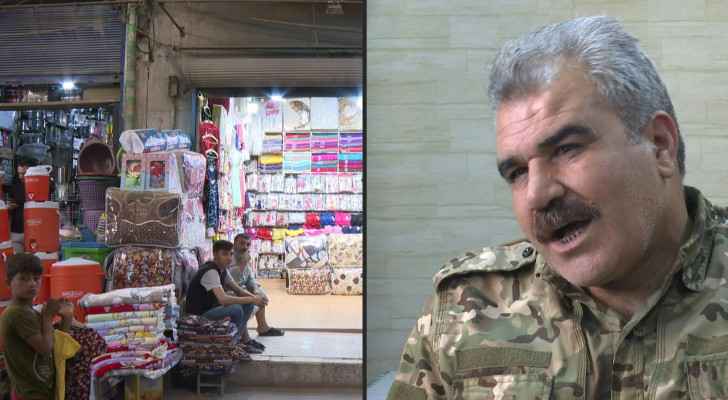 Ghazwan al-Atman thought he had found refuge in Manbij after years of displacement, but he now fears his family will be uprooted once again as a threatened Turkish onslaught looms over the Syrian town.

President Recep Tayyip Erdogan of Turkey has repeatedly vowed to launch a new offensive in northern Syria in what he says is an operation to protect his country from Kurdish militias.

Turkey has launched a string of offensives in Syria in the past six years, most recently in 2019 when it conducted a broad air and ground assault against Kurdish militias after former US president Donald Trump withdrew American troops.

"Our people are completely exhausted," Atman said, standing in his empty shoe store in downtown Manbij, which lies just 30 kilometers (less than 20 miles) from Syria's border with Turkey.

"We enjoyed safety and security here. Now, we don't know where to go."

The market where he set up shop is usually bustling with customers, but they have now been reduced to a trickle.

Atman said his family settled in Manbij in 2018 having already been displaced "four or five times".

The 43-year-old built a house and established his business "from scratch", but is now ready to flee again as he fears for the lives of his children.

"War has destroyed me... All we want is stability in this country," he said.

The threat of a new assault has intensified, with Turkey saying Thursday it never seeks "permission for our military operations" despite failing to get the green light from Russia and Iran this week.

Turkish media said any potential operation is unlikely to take place before the end of August or early September.

Analysts have warned an attack on densely populated Manbij would cause mass displacement and suffering.