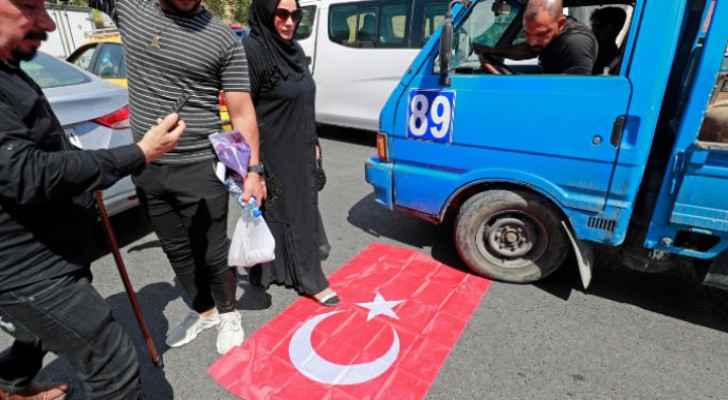 Iraq held a day of national mourning Thursday for nine holiday makers killed in the bombardment of a Kurdish hill village that the government has blamed on neighboring Turkey.

Turkey denied its troops were responsible, instead blaming rebels of the outlawed Kurdistan Workers Party (PKK), prompting Germany to call for an urgent investigation.

The coffins of the nine dead, draped in Iraqi national flags and festooned with flowers, were put on board a flight to Baghdad from Kurdish regional capital Arbil by an honor guard led by top officials.

Iraqi Foreign Minister Fuad Hussein and Kurdish regional president Nechirvan Barzani led the pallbearers carrying the smallest of the coffins, a child's, onto the military plane, an AFP correspondent reported.

In Baghdad, the bodies were to be handed over to their families for burial.

Thursday's shelling in the Zakho district village of Parakh also wounded 23 people, the majority of them domestic tourists seeking respite from the heat of the plains in the mountains of the Kurdish north.

The deaths in a village pleasure garden prompted angry anti-Turkish demonstrations in cities across Iraq.

In Baghdad, dozens of demonstrators protested outside the Turkish visa office early Thursday, despite a heavy police presence.

Loudspeakers blared out patriotic songs as protesters chanted slogans demanding the expulsion of the Turkish ambassador, an AFP journalist reported.

"We want to burn down the embassy. The ambassador must be expelled," said demonstrator Ali Yassin, 53. "Our government is doing nothing."

There were similar protests on Wednesday night in the Shiite shrine cities of Najaf and Karbala and in the southern city of Nasiriyah.