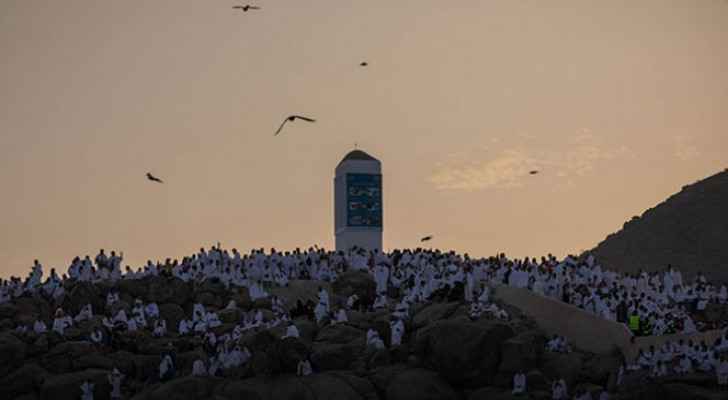 Friday, huge crowds of Muslim pilgrims prayed on Saudi Arabia's Mount Arafat, the pinnacle of the biggest hajj pilgrimage since the pandemic forced drastic cuts in numbers two years in a row.

Groups of worshippers, many holding umbrellas against the sun, recited verses from the Quran on the sacred hill, where the Prophet Mohammed gave his final sermon.

Prayers on Mount Arafat, also known as the "Mount of Mercy," are the highlight of the pilgrimage, capped this year at one million people including 850,000 from abroad after COVID greatly reduced numbers over 2020 and 2021.

"I am so happy to be here, like everyone else. This is the biggest hajj in the coronavirus era, but it isn't big enough yet," Egyptian pilgrim Saad Farhat Khalil, 49, told AFP.

"There are one million here today, but if the Saudis allowed more, 10 million would have come," he added.

The hajj, usually one of the world's largest annual religious gatherings, is among the five pillars of Islam and must be undertaken by all Muslims with the means at least once in their lives.

Even though the crowds are back, COVID fears remain and the hajj is taking place against the backdrop of a resurgence in the region, with some Gulf countries tightening restrictions to keep outbreaks in check.

All participants were required to submit proof of full vaccination and negative PCR tests. On reaching their white-tent encampment at Mina on Thursday, they were handed small bags containing masks and sanitizer.