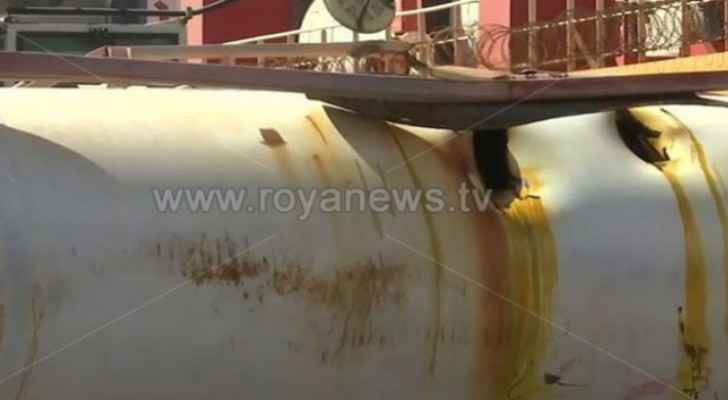 The Public Prosecution continued its investigation procedures in the case of the gas leak in Aqaba, where 25 people who were present at the time of the accident were heard.

135 witnesses from the injured and the families of the deceased were previously heard.

In the details, the Secretary-General of the Judicial Council, the media spokesperson for the Judicial Council, Judge Walid Kanakaria, stated that the technical committee elected by the Public Prosecution had received its report, and one of the most prominent errors committed that it revealed, which caused the accident, was the insufficient risk assessment.

The technical errors included: overlapping and accumulated neglect and negligence between the different sections; the wrong connection method of the tank; and the inability to know the number of handling times or the storage method for the container handling wire.

Kanakriya revealed that there are other reasons for the accident, such as weak control mechanisms, poor communication, the absence of an annual examination showing the validity of ropes and wires, the inappropriateness of storage operations for wires, failure to adhere to public safety instructions and the lack of full knowledge of the company’s employees about the nature of the material that can be loaded, in addition to the error.

He added that through the investigation, several crimes were attributed to eight people, including the crime of causing death, the crime of causing harm and harming the money of others, and violating the management system for hazardous materials and waste issued under the Environmental Protection Law.

He pointed out that as a result of the interrogation, the Public Prosecutor decided to arrest them pending investigation at the Correction and Rehabilitation Center, and the investigation is still ongoing and in its final stages.