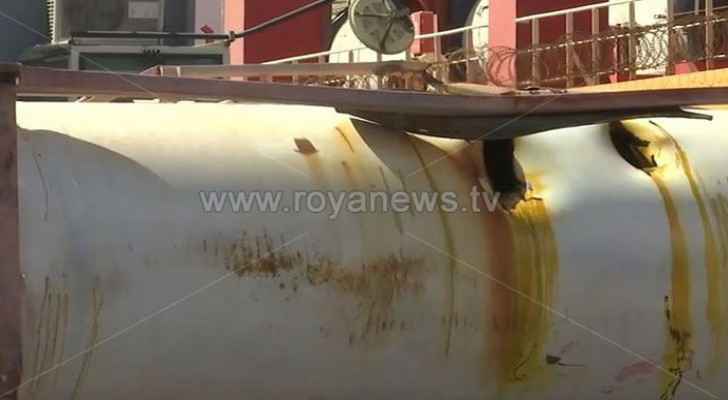 The Minister of Interior, Mazen Al-Faraya, and the Minister of State for Media Affairs, the official spokesperson for the government, Faisal Al-Shboul, held a press conference Sunday at the Prime Ministry. This came to announce the results of the investigation into the Aqaba port incident.

The Minister of State for Media Affairs revealed that the number of people who are still receiving treatment in hospitals due to the Aqaba port incident is 12.

Shboul said the response of the state institutions was “immediate and professional.”

“The health system in Aqaba proved to be highly efficient in handling the effects of the tragic accident,” Shboul noted, adding that the government field hospital received 45 percent of the cases.

For his part, Faraya pointed out that the tanker which was filled with toxic gas was transferred to a landfill in the Swaqa area.

As for the cause of the incident, Faraya said that it occurred as the iron rope which broke was not suitable to carry the weight of the load, noting that the weight of the tanker is three times bigger than the load that the rope can carry.

“Failure to take safety precautions in handling hazardous materials is one of the causes of the Aqaba accident,” he continued.

He added that those involved in dealing with the incident were irresponsible, and on that day there was no follow-up by the company's management regarding maintenance operations.

Khasawneh added that the Aqaba incident report has been referred to the Public Prosecution.

“The investigation proved that there is a great lack in safety procedures and in dealing with hazardous materials in the port of Aqaba, which cannot be tolerated,” he stressed.

He added, “We have fully committed to the directives of His Majesty King Abdullah II to conduct a comprehensive investigation into the Aqaba incident, and we will announce its results today with full transparency.”

Khasawneh noted that the response of the government and all institutions to the Aqaba incident was immediate and extremely professional, and it greatly mitigated the effects of the accident and its repercussions on the safety of citizens and those in the city of Aqaba.