Jordan Valley Authority: There will be a radical solution to the King Abdullah Canal soon

Jordan Valley Authority: There will be a radical solution to the King Abdullah Canal soon 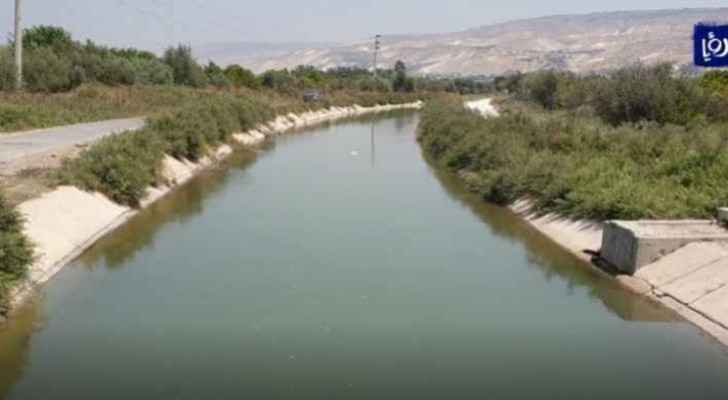 The Secretary-General of the Jordan Valley Authority, Manar Mahasneh, said that the King Abdullah Canal is used to transport water and to provide agricultural units with irrigation water and drinking water.

Mahasneh confirmed to Roya News Bulletin Saturday, that King Abdullah Canal is not intended for swimming and grazing, noting that the authority warns of the need to stay away from the canal to preserve the safety of citizens.

Mahasneh indicated that residents bear a societal responsibility for the drowning deaths in the King Abdullah Canal, explaining that the canal was built with fences along its length and on both sides, in addition to the presence of directional panels.

Mahasneh pointed out that the fence surrounding the canal was tampered with for swimming purposes and was sold as "junk."

She further indicated that there is a study being performed to find a radical solution that will be completed this year.

Mahasneh added that one of the solutions offered is to convert the canal into a closed tube, for various reasons, including frequent deaths, reducing water losses amounting to 15-17 million cubic meters annually, and the illegal use of the canal water.