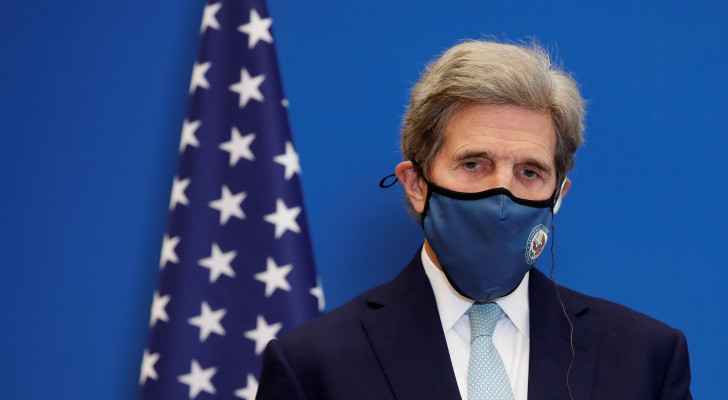 The Joe Biden administration's climate envoy, John Kerry, told AFP on Friday that the United States was determined to meet its goals to reduce greenhouse gas emissions, despite the recent inadequate ruling by the Supreme Court.

"We are determined to achieve our goals. We can achieve them," Kerry said, referring to the official commitments, a day after a ruling sharply limiting the state's federal powers to fight global warming came from the now conservative US Supreme Court.

"Of course it would be more helpful if we had a majority in the US Supreme Court that really understands the gravity of the situation and is better able to try to help rather than put up some way or the other," the senior diplomat said.

In April 2021, President Joe Biden, returning to the Paris climate agreement after his predecessor Donald Trump left it, announced that the United States would reduce greenhouse gas emissions by 50-52 percent by 2030, compared to 2005.

Biden presented the new commitments to the United Nations in the hope of moving closer to the goals of the 2015 Paris Agreement, when John Kerry was moving on the issue when he was Secretary of State under President Barack Obama.

On Friday, China, the world's largest emitter, called on every country to adhere to the commitments of the Paris Agreement, according to a Chinese Foreign Ministry spokesman, who considered that "chanting slogans is not enough," referring to the United States.

John Kerry, who has worked with officials in Beijing on climate despite the rivalry between the two countries, said he was "not surprised" by the message.

"We will show China exactly how we are going to get there," he added.

A spokesman for the Secretary-General of the United Nations said Thursday that the Supreme Court's decision is a "regression" in the fight against climate change, "at a time when we are still far behind in achieving the goals of the Paris Agreement."

"I am convinced - and our lawyers are scrutinizing it - that this decision leaves enough room for action to do much more" in the face of climate change, Kerry said in an interview with AFP.

He stressed that "no one, not any bank or private lender, will finance a new coal-fired power plant in the United States," stressing that "coal is the worst fuel in the world."

With regard to the rest, Kerry said, "I think the president should consider all available options," at a time when a number of Democratic parliamentarians are calling for the president to declare a climate emergency.

Nevertheless, the Biden administration on Friday paved the way for new permits to exploit hydrocarbons in the country.

In their report published in April, UN climate experts emphasized that without a "rapid, drastic and sometimes immediate" reduction in greenhouse gas emissions across all sectors, it would not be possible to limit global warming to more than 1.5 degrees percentage compared to the pre-industrial era, or even at more than two degrees Celsius.

However, countries committed themselves by signing the Paris Agreement but have not yet risen to the challenge, while a temperature rise of more than 1.1°C is already threatening half of humanity due to increasing heat waves, droughts, storms and floods.

It is difficult for the United States to demonstrate global climate leadership while still debating how central the issue is within the country itself, said Ruth Greenspan Bell, a climate expert at the Woodrow Wilson Foundation think-tank.

"The stage requires the adoption of ambitious goals, but such a thing is difficult when we are in a defensive position," she added.

Environmental activists have little hope of the energy bill being debated in Congress, particularly because of the positions of moderate Democratic Senator Joe Manchin, who defends his state of West Virginia, where coal mines provide income for a large population.