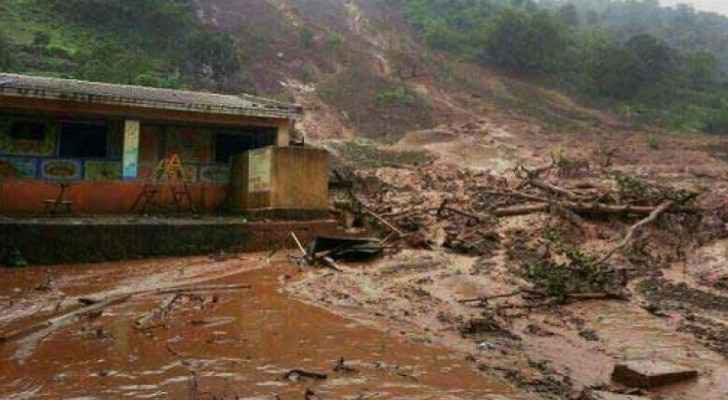 At least 20 people have died after a landslide buried a railway construction site in India, the Indian army said.

The army said in a statement that 18 survivors have been found so far, while 15 reservists and 29 civilians are still missing.

The army pointed out that the majority of the victims were reservists in the ground forces, as they were working on a railway construction project in the state of Manipur.

Indian army spokesman Sumit Kumar Sharma added that a relief team is digging in the mud and lifting rocks in search of survivors.

According to experts, climate change is increasing the frequency of extreme weather events in the world, including in India.

In the same context, a study published on Tuesday indicated that about a quarter of the world's population is at risk of major floods, led by residents of poor countries.

The study, which was published in the scientific journal Nature Communications, was based on data on flood risks, rains and seas, and World Bank data on population distribution and poverty.

It was found that about 1.81 billion people, or 23 percent of the world's population, are directly exposed to floods of more than 15 centimeters within a hundred years. Of these, 780 million live on less than $5.50 a day.

In East and Southern Asia, particularly in China and India, 1.24 billion people live under threat.