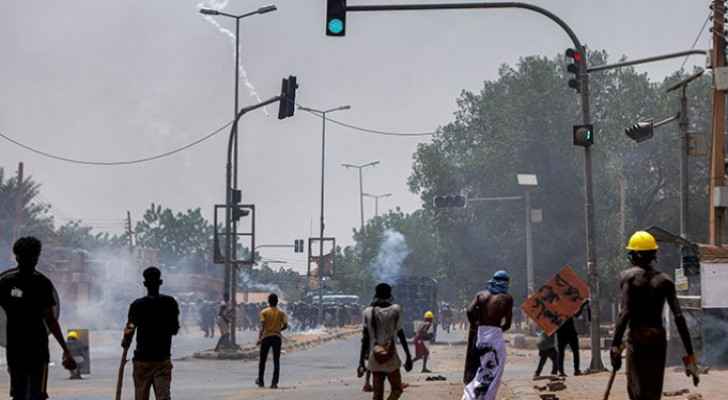 Nine people were killed during protests in the Sudanese cities of Khartoum and Omdurman on Thursday, according to the Central Committee of Sudanese Doctors.

Tens of thousands participated in the protests which called for the overthrow of Abdel Fattah al-Burhan's military regime, the leader of the coup in October 2021.

The people of Sudan protest almost every week against the military, but Thursday saw the largest number of casualties among the demonstrators in months. The death toll since the beginning of the protests against Al-Burhan has reached 112.

The pro-democracy doctors' committee said that among the nine protesters killed, one of them a minor, at the hands of security forces, at least six of the dead were "directly shot in the chest", "in the head", "in the back" or "in the abdomen".

Additionally, the committee condemned the security forces' firing of "tear gas canisters in a hospital in the capital, Khartoum, and preventing the ambulance from entering the hospital."