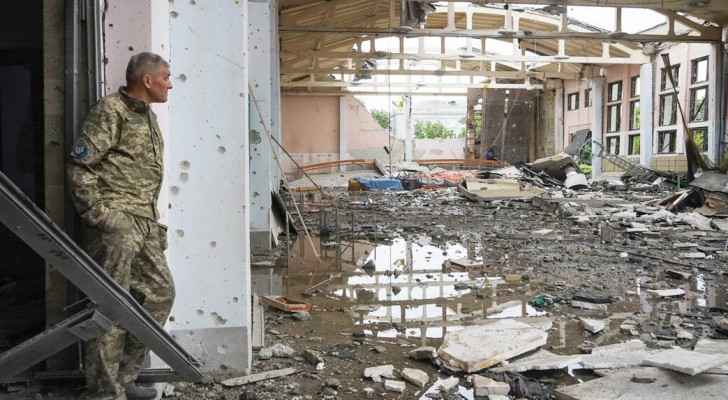 Putin hosted Widodo more than four months into Moscow's military operation in Ukraine, as Russia seeks to pivot toward Asia and Africa following the onset of unprecedented Western sanctions.

Indonesia holds the rotating presidency of the G20 this year and is preparing to host a summit in Bali in November.

"I conveyed President Zelensky's message to President Putin," Widodo said after talks with the Kremlin chief in comments translated into Russian.

Widodo said he expressed his "readiness" to help start "communication" between the two leaders.

He did not provide further details, and neither side said what was in the note.

Widodo was in Kyiv on Wednesday before heading to Moscow to meet Putin, who on February 24 sent troops into pro-Western Ukraine.

"Although the external situation is still difficult, it is still important to move towards a settlement and open dialogue," Widodo said in Moscow.

He said that his country would like "the war to end soon".

"I call on all world leaders to revive the spirit of cooperation," Widodo added.

Jakarta has come under Western pressure to exclude Putin from the G20 gathering after announcing in April he had been invited.

Ukraine's Zelensky told Widodo on Wednesday that he will attend the upcoming G20 summit in Bali depending on who else is attending.

Putin on Thursday praised his talks with Widodo as "productive".

"I am convinced that the agreements reached today will further strengthen the Russian-Indonesian partnership," Putin added.