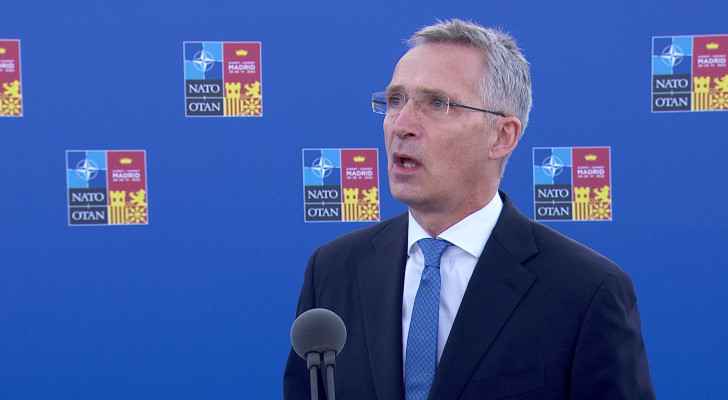 NATO chief Jens Stoltenberg said Wednesday NATO leaders meeting in Madrid are set to label Russia a menace to their security as they overhaul the alliance's defenses in response to the military operation in Ukraine, AFP reported.

"We'll state clearly that Russia poses a direct threat to our security," Stoltenberg said ahead of the unveiling of NATO's new strategic blueprint.

Stoltenberg said the meeting in Madrid was set to be "historic and transformative" for the seven-decade-old alliance as it grapples with the fallout from Moscow's military operation in Ukraine.

"We meet in the midst of the most serious security crisis we have faced since the Second World War," Stoltenberg said.

NATO is due to launch the largest revamp of its defense and deterrence capabilities since the end of the Cold War by strengthening the forces on its eastern flank and massively ramping up the number of troops it has at high readiness.

It is also set for the first time to turn its attention to the challenge posed by the rising might of China in an update to its guiding "strategic concept".

"China's not an adversary," Stoltenberg said.

"But of course, we need to take into account the consequences to our security when we see China investing heavily in new modern military capabilities, long range missiles or nuclear weapons and also trying to control critical infrastructure for instance, 5G."

In a sign of this shift the leaders of partners South Korea and Japan will attend a NATO summit for the first time.