123 are currently receiving treatment in hospitals in Aqaba: Shboul

123 are currently receiving treatment in hospitals in Aqaba: Shboul 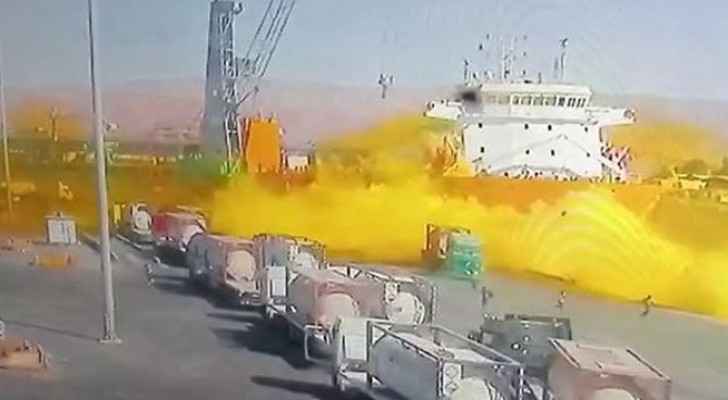 A total of 123 patients are currently receiving treatment in hospitals in Aqaba, announced the Minister of State for Media Affairs and the official spokesperson for the government Faisal Al-Shboul Monday.

On his arrival in Aqaba on Monday evening, Prime Minister Bisher Al-Khasawneh followed up on the efforts made to deal with the Aqaba port incident.

The Prime Minister, accompanied by the Ministers of Interior and Health, briefed on the conditions of the wounded who were evacuated to Prince Hashem Military Hospital and other hospitals in the city.

Khasawneh expressed his deepest condolences and sympathy to the people of the tragic accident and wished a speedy recovery for the injured.

Khasawneh chaired a meeting Monday in the operations room in Aqaba Governorate, in the presence of the Ministers of Interior and Health, and officials in Aqaba. The meeting aims to find out the causes of the incident of the deadly gas leak in Aqaba.

“We are working around the clock with the various concerned authorities until the repercussions of this tragic accident are completely resolved,” Khasawneh said.

He added, “The medical staff informed us that a number of the injured have recovered and are being discharged from hospitals.”

Khasawneh stressed the importance of obtaining information from its official sources, and not paying attention to rumors.

At least 11 people died and 265 were injured due to toxic gas being leaked from a tanker in the port of Aqaba, as the number rose as of Monday, 8:49 pm, according to Member of Parliament Tammam Al-Riyati, who is also the mother of one of those injured.