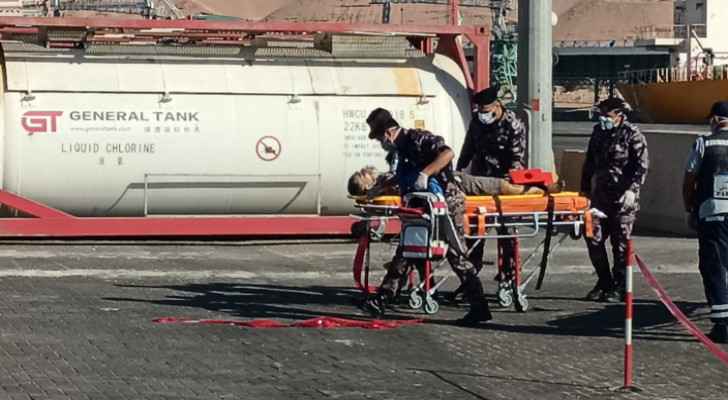 US Ambassador to Jordan Henry Wooster offered Monday condolences to the families of the victims of the Aqaba port explosion.

He said, “Along with the entire staff Of the U.S. Embassy in Amman, I extend our deepest condolences to the families of the victims of the explosion in Aqaba. We stand ready to support the Government of Jordan as it responds to this tragedy. I urge all U.S. citizens in Aqaba to follow all public health guidance."

The US Embassy also called on any US citizen who is in need of assistance to call the Embassy at 06-590-6000.

The Embassy wrote on Facebook, “The U.S. Embassy is aware of a gas leak and explosion at the port in #Aqaba earlier today. Any U.S. citizen in need of assistance may call the U.S. Embassy at 06-590-6000. U.S. citizens in Aqaba should follow all instructions provided by local public safety officials.”

Prime Minister Bisher Al-Khasawneh chaired a meeting Monday in the operations room in Aqaba Governorate, in the presence of the Ministers of Interior and Health, and officials in Aqaba.

The meeting aims to find out the causes of the incident of the deadly gas leak in Aqaba.

At least 11 people died and 265 were injured due to toxic gas being leaked from a tanker in the port of Aqaba, as the number rose as of Monday, 8:49 pm, according to Member of Parliament Tammam Al-Riyati, who is also the mother of one of those injured.