Russia has full control of Severodonetsk, focus shifts to Lysychansk

Russia has full control of Severodonetsk, focus shifts to Lysychansk 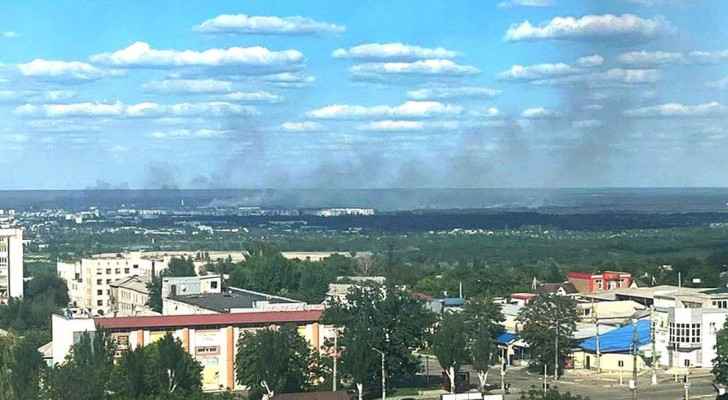 Russia's army now has full control of Severodonetsk after weeks of fighting, its mayor said Saturday, an important strategic win for Moscow as it seeks to gain full control over the east of the country, AFP reported.

"The city has been fully occupied by the Russians," mayor Oleksandr Striuk said on Saturday.

A few hours earlier, Russian troops and their allies had entered Lysychansk, which faces Severodonetsk across the river.

This came on the eve of a week of feverish Western diplomacy, with US President Joe Biden flying to Europe for a G7 summit starting Sunday, and NATO talks later in the week.

The Western allies will take stock of the effectiveness of sanctions imposed so far against Moscow, consider possible new aid for Ukraine, and begin turning their eye to longer-term reconstruction plans.

The European Union offered a strong show of support on Thursday when it granted Ukraine candidate status, although the path to membership is long.
Moscow dismissed the EU decision as a move to "contain Russia" geopolitically.