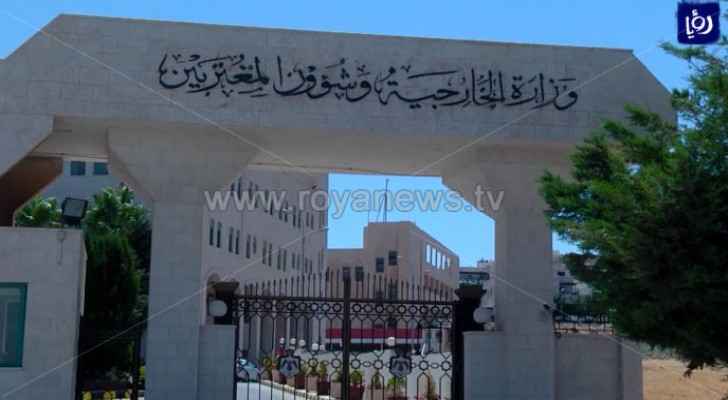 The Ministry of Foreign Affairs and Expatriates said Saturday that it had followed up, through the Jordanian Embassy in Abu Dhabi, the news regarding the incident in which a woman was stabbed to death by her husband in the United Arab Emirates, according to Jordan News Agency, Petra.

Also Read: Jordanian woman stabbed to death by her husband in UAE

The official spokesperson for the ministry, Ambassador Haitham Abu Al-Foul, indicated that the ministry contacted the family of the deceased and offered them their deepest condolences.

The ministry learned from her family that she was buried in the UAE on Saturday evening, and the perpetrator, who is of Arab nationality, was arrested.

A Jordanian woman was stabbed to death by her husband in the United Arab Emirates.

The incident occurred at around 3pm on Friday.

The woman, in her twenties, was stabbed 15 times following disputes between her and her husband. Her body was found in her car, according to the Sharjah Police.

Police added that the suspect, who fled in the victim's car, was arrested within two hours.

According to the victim’s mother, they had known the suspect. He confronted her outside her apartment building.

The mother raised the alarm and told the police that her daughter had been kidnapped by an individual who is known to the family with whom they had problems.

Police were able to trace the vehicle after it was abandoned by the attacker and found her body inside.

The man admitted to killing the woman due to a personal dispute.

People took to social media to express their anger following the incident.

A Twitter user wrote, “World is no longer safe for us women.”

Another tweeted, “Now tomorrow who’s the next victim?”

This incident came less than two after a Jordanian student was shot dead inside a private university in Amman.

Also Read: Student slaughters colleague inside campus for rejecting him in Egypt

Additionally, last week, an Egyptian student was slaughtered in front of Mansoura University in Dakahlia, Egypt, at the hands of her colleague because she rejected him, according to local media.

Foreign Ministry following up on case of Jordanian citizen ....

Foreign Ministry following up on case ....