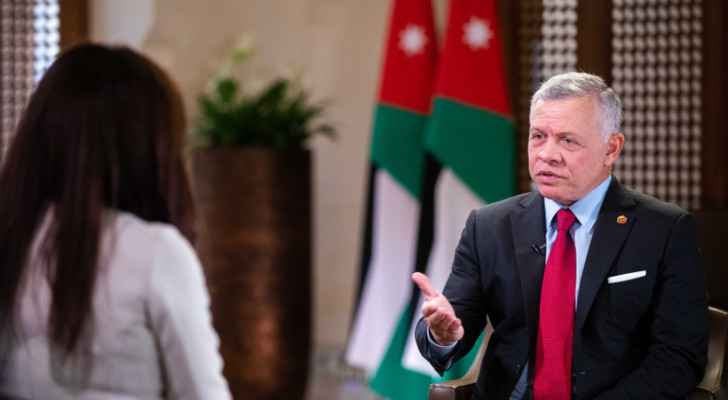 In the interview, from which some clips were released on Friday and which will be broadcast in full in early July, King Abdullah spoke about Jordan’s Economic Modernization Vision for the next decade, and the parallel tracks of political, economic and administrative modernization.

His Majesty also spoke about regional cooperation efforts to address the challenges brought on by the Russian-Ukrainian crisis and achieve prosperity in the region, in addition to the United States’ role in the Middle East, and the need for stepping up peace efforts as an essential requirement to enhance regional cooperation.