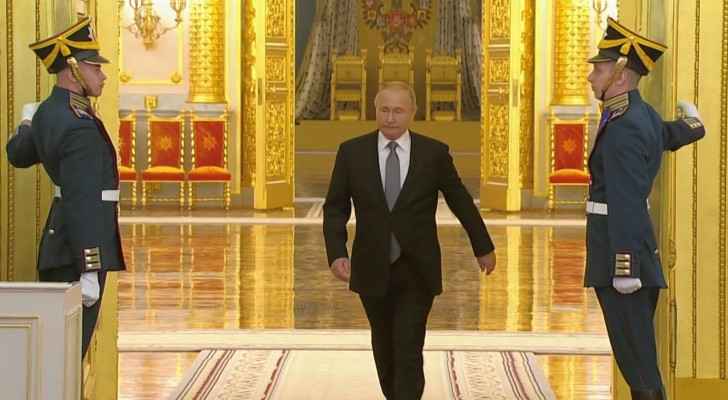 Russian President Vladimir Putin said on Tuesday he was "proud" of the action of his soldiers in Ukraine, where Moscow says it is conducting a military operation, according to AFP.

"We are proud that during the special military operation our fighters act with courage, professionalism, like real heroes," Putin said in televised remarks during a Kremlin meeting with military academy graduates.

Referring to Western sanctions imposed on Russia over the intervention in Ukraine, he said "they will be overcome."

And "in the face of new threats and risks, we will further develop and strengthen our armed forces", he said, promising the new Sarmat intercontinental ballistic missile would be commissioned by the end of the year.

"There is no doubt that we will be even stronger," Putin added.

On February 24, Putin sent troops into neighboring pro-Western Ukraine to "de-militarize" and "de-nazify" the country.

Putin has repeatedly said Russia's economy has managed to weather the barrage of unprecedented international sanctions.