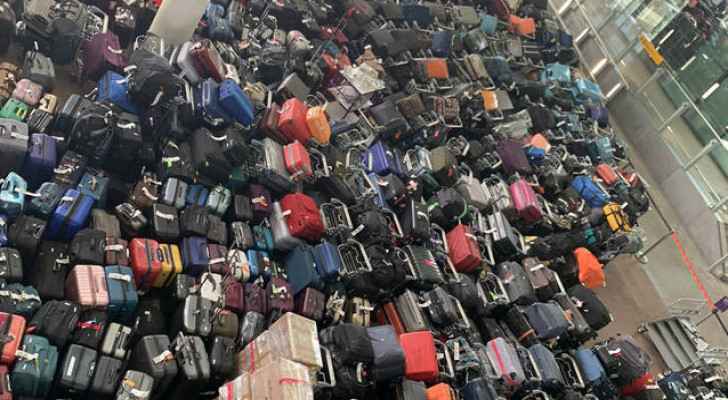 Heathrow Airport issued Saturday an apology after a technical glitch caused a mass of suitcases piling up at a terminal on Friday.

Luggage piled up at Heathrow's Terminal 2 following a technical malfunction and some passengers had to fly without their bags while others faced delays at check-in, according to the airport.

Travelers took to social media to complain about two-hour waits at baggage reclaim.

The malfunction had been fixed, the airport said. Airport staff had worked to reunite passengers with their belongings.

"Welcome back to Britain!"

A Heathrow spokeswoman apologized for the disruption.

She said, “Earlier today there was a technical issue with the Terminal 2 baggage system which has now been resolved.”

"Passengers are now able to check-in as normal, but a number of passengers who departed from Terminal 2 earlier today may have traveled without their luggage. We are working closely with airlines to reunite passengers with their luggage as soon as possible. We're sorry there's been disruption to passenger journeys.”