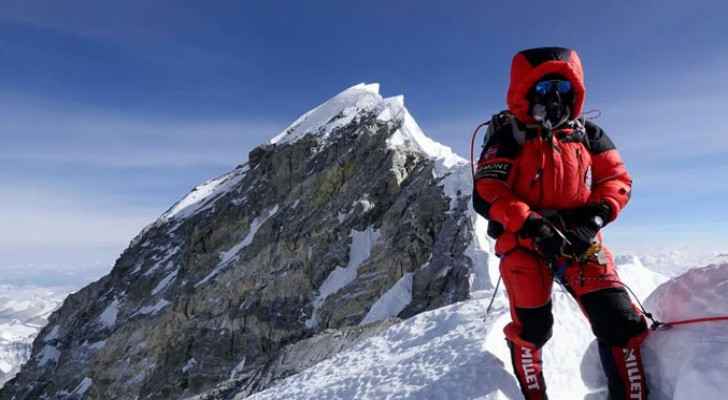 A Norwegian climber is on track to beat the time record for summiting the globe's 14 highest peaks, part of her quest to change how the mountaineering world views women athletes.

The 36-year-old hopes to match or surpass Nepali adventurer Nirmal Purja and his groundbreaking 2019 record of six months and six days, an achievement that smashed the previous record and was profiled in a popular Netflix documentary.

"In history and until now, it has been the strong macho men going out climbing mountains," Harila told AFP this week.

"When I talk to people that are not in this sport, they believe that men are more capable than women... If we are going to change, we need to get attention and show that women are just as capable."

Male climbers and guides far outnumber women in the top tier of the sport, with only a handful of women mountaineers getting attention and sponsorships for their expeditions.

Out of nearly a thousand climbers who visited Nepal's famed Himalayan peaks this year, only around a fifth were women, according to Nepali government data.

Harila's first notable climb was on Tanzania's Mount Kilimanjaro in 2015, but she made headlines last year for becoming the fastest woman to travel between the summits of Everest and Mount Lhotse in Nepal.

She accomplished that feat in 12 hours, but broke her own record this year, knocking four hours off her time.

But neither record was enough to convince major sponsors to back her current endeavor.

"There are lots of girls and women (who want) to climb, they want to have the sponsorship from the brands," she said.

"It's easier for the brands to believe in what the men are presenting."
The former cross-country skier was able to find support from Bremont Watches and some other brands, but still had to sell her apartment to fund the project, she said.

Only around 40 people in history have summited all 14 of the world's 8,000-meter-plus peaks.

None have come close to Nirmal Purja's 2019 expedition. He demolished the previous record for accomplishing the feat with supplemental oxygen, set by Poland's Jerzy Kukuczka in the 1980s at seven years, 11 months and 14 days.

Harila said the Nepali climber was an "inspiration".

"But for me, it is not a competition against him, I don't care much about that," she added.

"She is a very strong and determined climber. The first phase has been record-breaking," Lakpa Sherpa of 8K Expeditions, Harila's expedition organizer, told AFP.

The team is now preparing to leave for Pakistan to climb their next five mountains, including K2 and the 8,126 meter (26,660 foot) Nanga Parbat, while she raises more funds for the expedition.

Maya Sherpa, the president of the Everest Summiteers Association, said Harila's project was a welcome effort to bring more women into the male-dominated climbing world.

"Climbers like her are very important to set an example," Sherpa said.