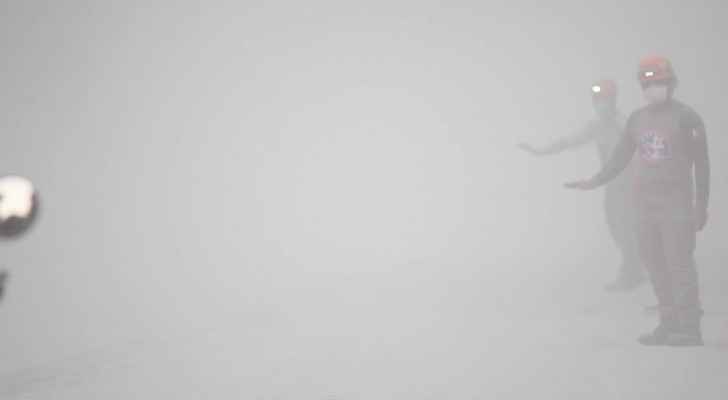 Some towns were covered in ash after a volcano in the eastern Philippines erupted on Sunday.

In the town of Juban, one of the most affected areas, emergency workers caution drivers to slow down due to poor visibility brought by the ash fall as they clean up the dusty roads. No casualties were reported.