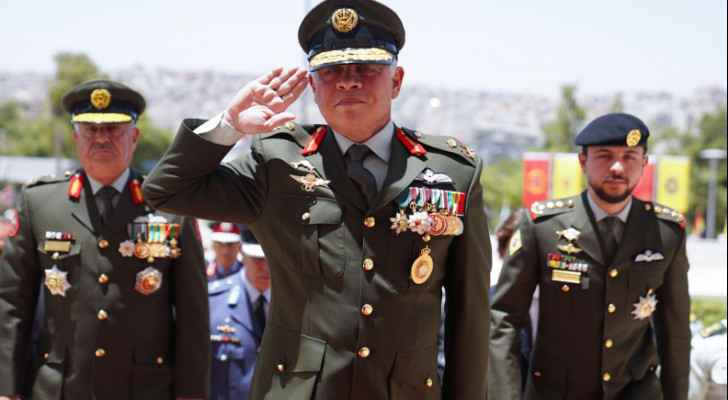 King Abdullah was received at the Martyr’s Memorial by Chairman of the Joint Chiefs of Staff Maj. Gen. Yousef Hneiti, and laid a wreath at the Unknown Soldier Monument.

His Majesty viewed exhibits from the Battle of Ammunition Hill fought by JAF personnel in Palestine, and signed the guestbook, reiterating his pride in the professionalism of JAF and security agencies’ personnel.

In addition, the King bestowed Royal medals on a number of JAF and security agencies’ personnel, in appreciation of their distinguished service and dedication.