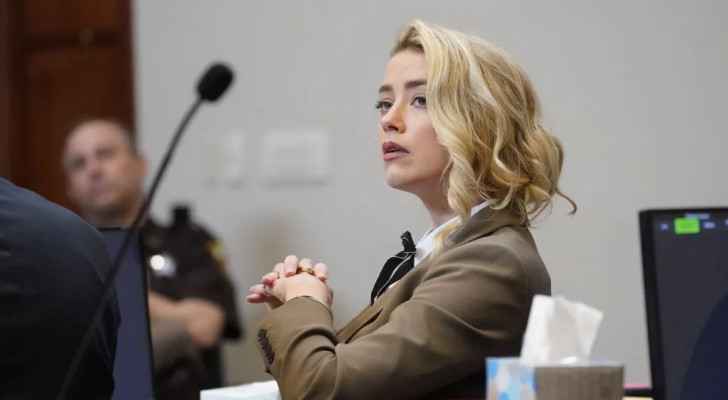 Actress Amber Heard is unable to pay her ex-husband Johnny Depp more than $10 million in damages, her lawyer said Thursday.

The high-profile televised court battle ended Wednesday when a seven-person jury found that Depp and Heard had defamed each other, but weighed in far more strongly with Depp.

The jury, after a six-week trial featuring claims and counterclaims of domestic abuse, awarded him $10.35 million in damages, in contrast with $2 million awarded to Heard.

Asked on NBC's TODAY show if Heard will be able to pay up, her attorney Elaine Bredehoft said: "Oh no, absolutely not."

She added that the "Aquaman" star wants to appeal the verdict and "has some excellent grounds for it."

The 58-year-old Depp, who lost a libel case against the British tabloid The Sun in London in 2020 for calling him a "wife-beater," celebrated the split verdict in the case as a victory while Heard said she was "heart-broken."

Depp sued Heard over an op-ed she wrote for The Washington Post in December 2018 in which she described herself as a "public figure representing domestic abuse."

The Texas-born Heard did not name Depp in the piece, but he sued her for implying he was a domestic abuser and sought $50 million in damages.

The 36-year-old Heard countersued for $100 million, saying she was defamed by statements made by Depp's lawyer, Adam Waldman, who told the Daily Mail her abuse claims were a "hoax."

Also Read: 'The jury gave me my life back': Johnny Depp after winning defamation trial

Earlier Thursday, actor Johnny Depp, in his first comment after a US grand jury issued its decision, welcomed the US jury's verdict after six weeks of hearings in a defamation case over accusations made by his ex-wife, Amber Heard, of domestic violence.

"The jury gave me my life back. I'm really touched," Depp said in a statement issued on Instagram after the jury ruled in his favor.