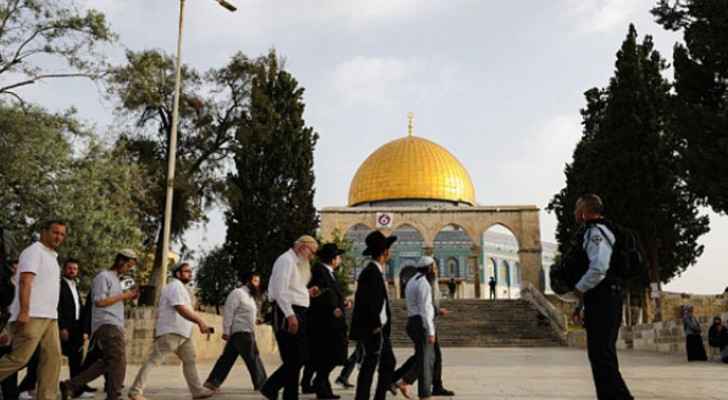 Dozens of extremist Jewish settlers stormed, Thursday morning, the courtyards of Al-Aqsa Mosque in the occupied city of Jerusalem.

The Jerusalem Islamic Waqf said that dozens of extremist settlers stormed the courtyards of Al-Aqsa Mosque from the side of the Mughrabi Gate, guarded by the heavily armed Israeli Occupation police.

Reports added that they carried out suspicious tours and performed provocative Talmudic rituals in it, amid a state of anger that prevailed among the worshipers and those stationed throughout the Holy Mosque.