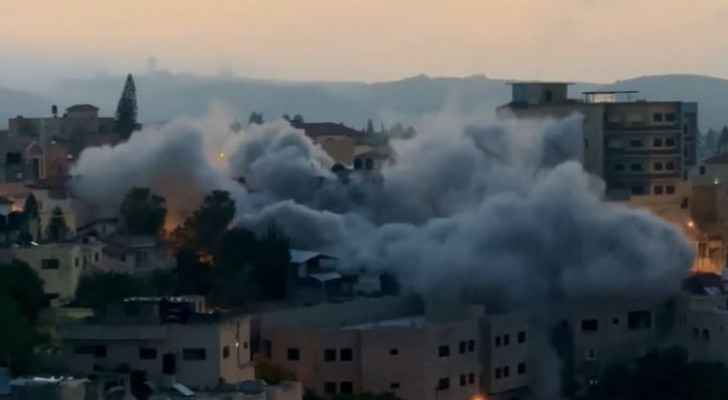 Israeli Occupation forces (IOF) blew up on Thursday at dawn the house of the perpetrator of the Tel Aviv "Bene Beraq" operation, Diaa Hamrasheh, in the town of Yabad, southwest of Jenin, reported Roya’s correspondent.

The IOF stormed the town of Yabad in Jenin governorate with more than 50 military vehicles, before surrounding the house of the perpetrator of the operation and blowing it up as well as closing all the entrances to the town.

Additionally, Thursday morning, Roya's correspondent reported the death of a Palestinian youth during clashes in the Dheisheh refugee camp in the Bethlehem governorate in the south of the West Bank.

He added that the IOF stormed the camp and violent confrontations erupted between the Palestinians and the forces, resulting in two injuries, one of them was critical, before the death of a young man was announced.