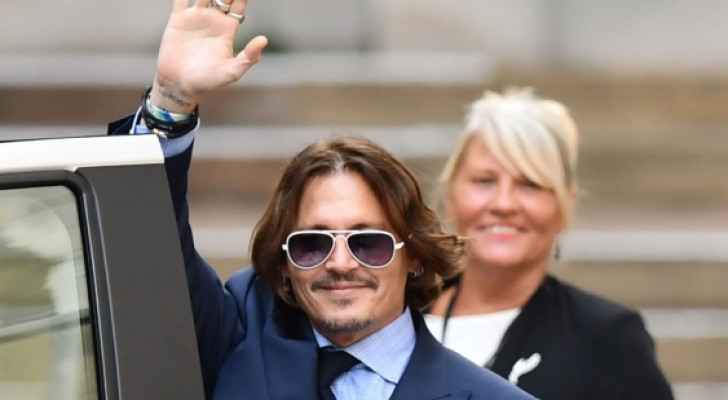 Wednesday, Johnny Depp won his defamation case against his ex-wife Amber Heard after a six-week trial featuring blistering mutual accusations of domestic abuse, according to BBC.

Depp had sought $50 million in damages and Heard sought $100 million. Punitive damages in the state of Virginia are capped at $350,000, so the judge reduced the punitive damages award to that amount, according to CNN.

Depp was not present in court while the verdict was read but Heard was present and stated she was "heartbroken" over the verdict.

"The disappointment I feel today is beyond words. I'm heartbroken that the mountain of evidence still was not enough to stand up to the disproportionate power, influence, and sway of my ex-husband," Heard said.

"I'm even more disappointed with what this verdict means for other women," she added. "It is a setback. It sets back the clock to a time when a woman who spoke up and spoke out could be publicly shamed and humiliated. It sets back the idea that violence against women is to be taken seriously."

"I believe Johnny's attorneys succeeded in getting the jury to overlook the key issue of freedom of speech and ignore evidence that was so conclusive that we won in the UK," she said. "I'm sad I lost this case. But I am sadder still that I seem to have lost a right I thought I had as an American -- to speak freely and openly."

The high-profile case has been watched live by millions of people around the world whose opinions on the case have been made quite clear with the majority siding with Depp who sued Heard for $50 million, saying she defamed him when she published an op-ed claiming she was a victim of domestic abuse.

In return, Heard countersued for $100 million, where she argued that Depp smeared her by calling her a liar. The testimonies of both parties have been completed.

During the trial, which began April 11, Heard testified about multiple instances of alleged physical and sexual abuse by an intoxicated Depp, including being sexually assaulted with a bottle while they were in Australia.

Depp testified Heard was the one who was frequently violent during their relationship and once severed the tip of one of his middle fingers by throwing a vodka bottle at him.
Both sides have claimed damage to their Hollywood careers.

An industry expert hired by Depp's side said the actor has lost millions because of the abuse accusations, including a $22.5 million payday for a sixth installment of "Pirates."