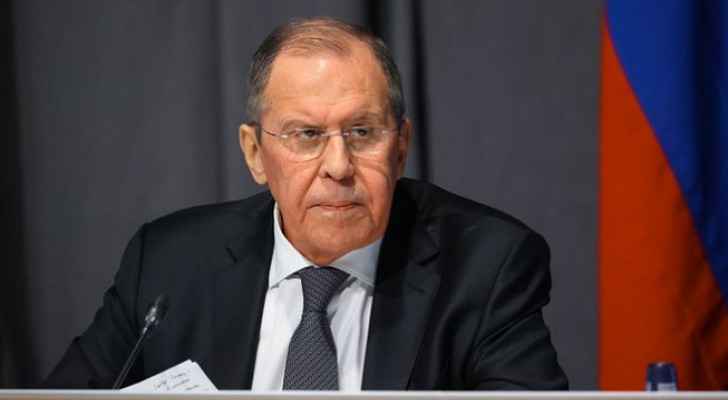 Russian Foreign Minister Sergei Lavrov said Tuesday it was up to the West and Kyiv to resolve a growing global food crisis provoked by the conflict in Ukraine, AFP reported.

Russia's military operation in Ukraine and Western sanctions have disrupted deliveries of wheat and other commodities from the two countries, fuelling concerns about the risk of hunger around the world.

Western countries "created a lot of artificial problems by closing their ports to Russian ships, disrupting logistics and financial chains," Lavrov told reporters during a visit to Bahrain.

"They need to seriously consider what is more important for them: to do PR on the issue of food security or to take concrete steps to solve this problem," he added.

Lavrov also called on Ukraine to de-mine its territorial waters to allow the safe passage of ships through the Black and Azov seas.

"If the problem of de-mining is resolved... Russia's naval forces will ensure the unhindered passage of these ships into the Mediterranean and onwards to (their) destinations," Lavrov said.

Russia and Ukraine produce around 30 percent of the global wheat supply.

Turkey's top diplomat said Tuesday that Lavrov would arrive in Turkey on June 8 for talks on unblocking grain exports from Ukraine.

Following his stop in Bahrain, Lavrov flew Tuesday evening to Saudi Arabia's capital Riyadh, where he attended an official dinner with his Saudi counterpart, Prince Faisal bin Farhan, and met the head of the Saudi-headquartered Organization of Islamic Cooperation, said his spokeswoman Maria Zakharova.

Lavrov was due to meet Wednesday with foreign ministers of the Gulf Cooperation Council, a Riyadh-based bloc that includes key members of the OPEC+ oil alliance, which Riyadh and Moscow lead.

Despite pressure from Washington to ramp up oil production amid spiking energy prices, Saudi Arabia and the United Arab Emirates have stressed their commitment to OPEC+, underscoring Riyadh's and Abu Dhabi's increasing independence from long-standing ally Washington.