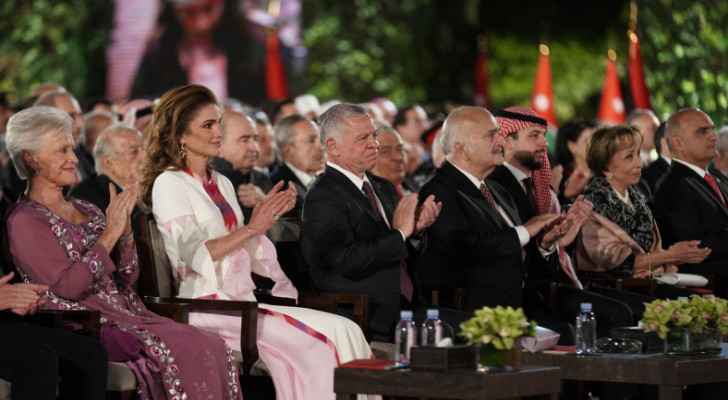 King Abdullah bestowed Royal medals on a number of distinguished Jordanian institutions and individuals, in appreciation of their services for the country and its people.

The ceremony—attended by Her Majesty Queen Rania Al Abdullah and His Royal Highness Crown Prince Al Hussein bin Abdullah II, as well as a number of Royal family members, senior officials and officers, and members of the diplomatic corps—highlighted the vision of Jordan’s future, which belongs to its young generations.

The ceremony also underscored that Jordan’s modernisation drive is moving forward simultaneously on the political, economic, and administrative tracks.