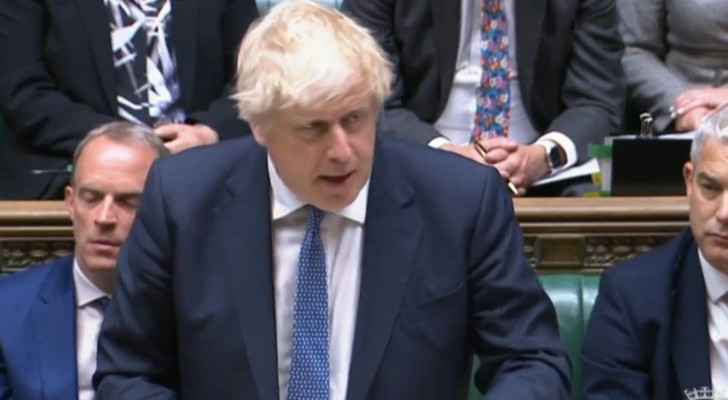 UK Prime Minister Boris Johnson presided over a culture of lockdown-breaking parties that featured drunken fighting among staff, according to a long-awaited inquiry Wednesday that prompted renewed calls for his resignation.

Johnson is among dozens of people in Downing Street who have received police fines for breaching Covid regulations since 2020 -- making Number 10 the most penalized address in the entire country.

"I take full responsibility for everything that took place on my watch," he told MPs in response to the report by senior civil servant Sue Gray, insisting: "I am humbled and I have learned."

But Johnson said he was absent from most of the events, and denied ever lying to parliament.

He expressed hope that with the investigation now over, "we will be able to move on" in addressing priorities including the war in Ukraine and a spiraling cost-of-living crisis in Britain.

Gray published photographs of Johnson toasting staff with wine, and recounted reveling that sometimes stretched into the early hours to music from a karaoke machine.

"Many of these events should not have been allowed to happen," Gray wrote, revealing that Downing Street security and cleaning staff were mocked when they tried to protest at the staff conduct.

Junior staffers who ended up fined by London's Metropolitan police -- a majority of them women -- had been told to attend events by their bosses, the report found.

"The senior leadership at the center, both political and official, must bear responsibility for this culture," Gray added.