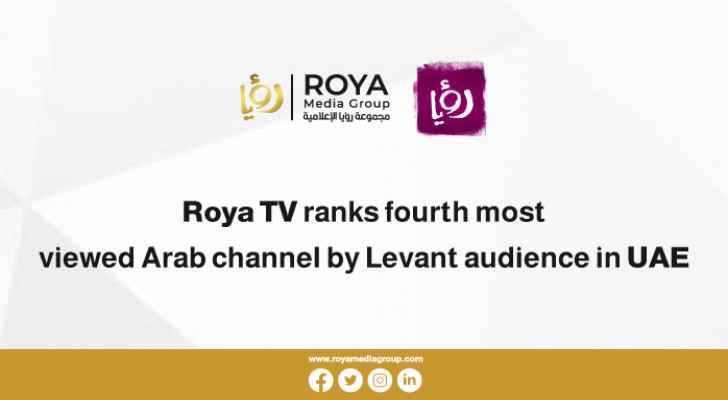 Roya TV ranked fourth in terms of the highest viewership ratings among audiences from the Levant residing in the United Arab Emirates, according to an exclusive statement made by MenaTV.

According to MenaTV, these results were based on E-Vision’s Total Addressable Market (TAM), which surveys more than one million households across the UAE. The results of the analysis, which included the five most watched channels in the UAE, were announced at the International Digital Media and Satellite Communications Exhibition “Cabsat - Discop 2022,” in the presence of the most prominent production companies and TV stations in the Arab world.

The analysis issued by the Dubai-based platform showed that ‘MBC 1’ channel topped the list of rankings, followed by ‘Abu Dhabi TV,’ while 'MTV Lebanon’ came in third place, and ‘Roya TV’ came in fourth, followed by the ‘Sharjah TV,’ which came in the fifth place.

Roya TV continues to provide unique and diverse content after its continuous success over the past 11 years, and is currently moving towards Arab co-production.