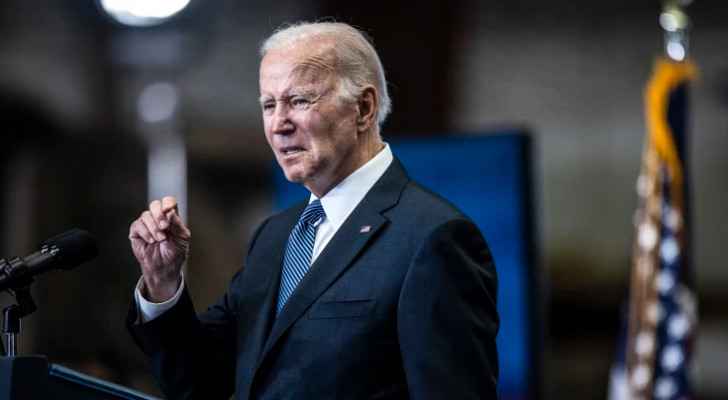 President Joe Biden vowed Monday that US forces would defend Taiwan militarily if China attempted to take control of the self-ruled island by force, warning Beijing was already "flirting with danger," according to AFP.

The remarks, made in Tokyo where he is meeting with Japan's prime minister ahead of a summit Tuesday, were Biden's strongest to date on the issue and come with rising tensions in the region over China's growing economic and military power.

Washington and allies like Japan have framed their tough response to Russia's invasion of Ukraine as a warning to others, particularly China, about the consequences of unilateral military action.

Asked if Washington was willing to get involved militarily to defend Taiwan, Biden replied simply: "Yes."

"That's the commitment we made," he added.

"We agreed with the One China policy, we signed on to it... but the idea that it can be taken by force is just not appropriate, it would dislocate the entire region and would be another action similar to Ukraine," Biden said.

He warned Beijing was already "flirting with danger right now by flying so close and all the maneuvers undertaken", in reference to a growing number of Chinese sorties, naval exercises and construction in the region, viewed as a projection of its growing power.

The US leader, who has led an international effort to impose punishing sanctions on Russia over its invasion of Ukraine, said President Vladimir Putin had to pay a "long-term price", otherwise it would send the wrong message.

"What signal does that send to China about the cost of attempting to take Taiwan by force?" he said.

For decades it has maintained a policy of "strategic ambiguity" in which it never makes clear what it would do in the event of an invasion.

The policy was designed both to keep Beijing from declaring war and also to stop Taiwan formally declaring independence.

A White House official said after Biden's remarks that they did not constitute a divergence from Washington's "One China" policy and its commitment to "provide Taiwan with the military means to defend itself".

China's Communist Party has never controlled self-ruled Taiwan but it views the island as part of its territory and has vowed to one day seize it, by force if needed.

Beijing's growing saber-rattling on the issue has prompted increasing diplomatic support for Taipei, including from Japan, which has regularly warned China against "unilateral attempts to change the status quo by force".

Kishida called for stability in the Taiwan Strait and said Tokyo was committed to boosting its defense spending, a sensitive subject in a country with constitutional limits on its military.

"Japan will fundamentally strengthen its defense capacity, and to back that up will significantly increase its defense spending," Kishida said at a joint press conference with Biden.

"We don't rule out any options, including (acquiring) the capacity to counter-attack," he added.

Biden is in Japan on the second leg of an Asia trip intended to reinforce regional ties and show Washington remains committed to the region despite its involvement with the crisis in Ukraine.

He announced Monday that 13 countries have joined a new, US-led Asia-Pacific trade initiative touted as a counterweight to China's aggressive expansion in the region.

The initiative is expected to be formally rolled out later Monday, but faces some skepticism because there is no plan for members to negotiate tariffs and ease market access.

On Tuesday, Biden meets with the leaders of Japan, Australia and India, the so-called Quad grouping, also hoping to rally partners against China's growing economic and military clout.

Biden arrived in Tokyo on Sunday after stopping in Seoul for talks with newly elected President Yoon Suk-yeol.

While there, Biden said he was willing to meet Kim Jong Un if the leader-for-life is "sincere", despite the threat of a possible North Korean nuclear test hanging over the Asian tour.