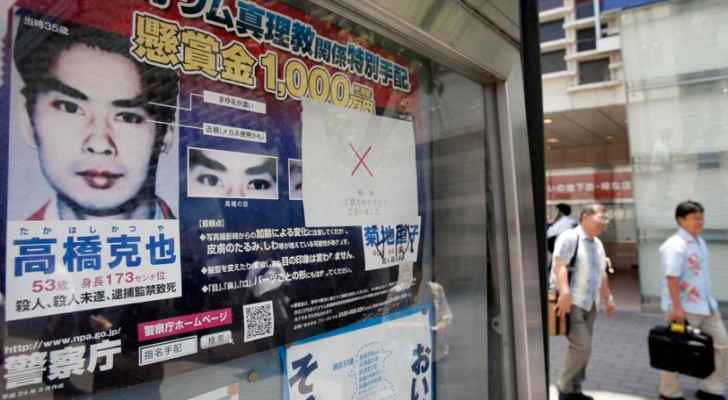 The United States on Friday removed five groups from its blacklist of "foreign terrorist organizations," including the Basque separatist movement ETA and the Japanese "Aum" sect, after years of nonviolence.

ETA, which has been active for a long time in Spain and France, where it committed several attacks, is accused of being responsible for the deaths of more than 820 people, but it dissolved itself in 2018, eight years after declaring a ceasefire.

The extremist Jewish group Kahane Hayy, which is linked to Rabbi Meir Kahane, as well as the Palestinian organization, the Mujahideen Shura Council in the vicinity of Jerusalem, were also removed from the list, as the US State Department had previously announced.

The other two organizations are Aum Shinrikyo (Aum Ultimate Truth), the Japanese sect whose members carried out the deadly 1995 Tokyo metro attack, and the Egyptian group Jamaat-e-Islami, once led by the "blind sheikh" Omar Abdel Rahman, who died in prison in the United States.

The regular review required by US law made it possible to determine whether these movements "are no longer involved in terrorism or in terrorist activities and no longer have the capabilities or intent to do so," the State Department said in a statement.

It considered it a recognition of "the success of Egypt, Israel, Japan and Spain in excluding the terrorist threat from these groups."

The removal of these organizations from the black list of the US State Department does not mean that their page has been completely whitewashed in the United States. At this stage, it remains on a second list, the list of the US Treasury, which also allows for the imposition of sanctions, but is less binding.