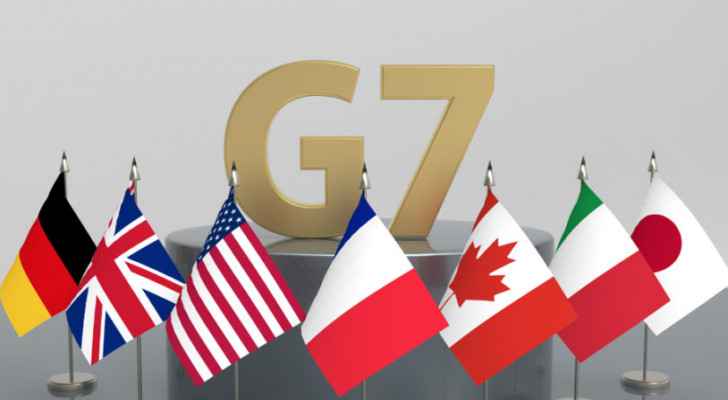 The G7 pledged on Friday to provide $19.8 billion to support Ukraine, which has been facing a Russian invasion since February, according to a declaration issued at the end of a meeting of finance ministers of the group's member states in Germany.

"In 2022, we will disburse $19.8 billion in budget support, including $9.5 billion in new pledges (...) with the aim of helping Ukraine bridge its fiscal deficit and continue to provide basic services to the Ukrainian people," the joint declaration said.

The text does not specify the size of the contribution of each country and international organization to the total amount, nor the percentage of loans and direct aid.

Out of the $19.8 billion, $9.5 billion was secured at the end of the two-day talks between the G7 finance ministers who met near Bonn.

"The liquidity of Ukraine is secured for the coming periods," the German Finance Minister said at a press conference.

The ministers and central bank governors of the seven major industrialized countries (the United States, Japan, Canada, France, Italy, Britain and Germany) met in the German city of Königswinter with the aim of collecting funds intended to help the Ukrainian state.

The most important issue was securing funds to support the Ukrainian budget during the current quarter at a time when the conflict is causing a significant decline in the flow of funds.

The United States is supposed to contribute $7.5 billion, an amount that is part of a massive $40 billion aid package approved by the US Congress on Thursday.

For its part, the European Commission announced Wednesday that it will provide "new financial assistance" to Ukraine this year, amounting to "up to 9 billion euros."

The Ukrainian authorities estimate its needs to run the country's affairs, at five billion dollars a month.

"We will continue to stand by Ukraine (...) and we are ready to do more than is required," the G7 representatives affirmed Friday.