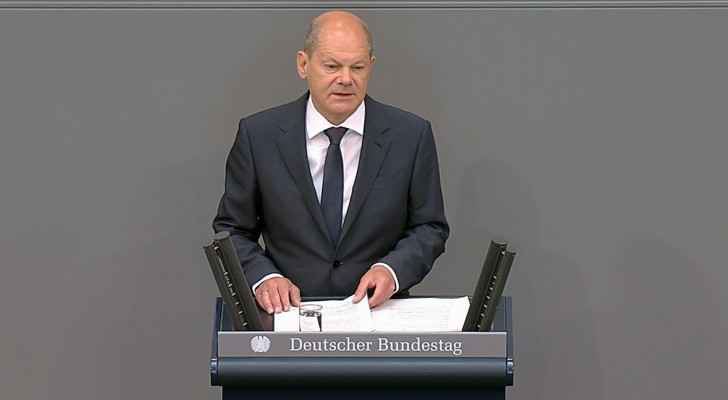 Ukraine's bid to join the EU cannot be sped up despite the country's “invasion” by Russia, German Chancellor Olaf Scholz said on Thursday, adding that the bloc must find a "fast and pragmatic" way to help Kyiv, AFP reported.

"There are no shortcuts on the way to the EU," Scholz said, adding that an exception for Ukraine would be unfair to the Western Balkan countries also seeking membership. "The accession process is not a matter of a few months or years," he said.

Scholz had in April called for Western Balkan countries' efforts to join the EU to be accelerated amid a "new era" in the wake of Russia's military operation in Ukraine.

Last October, EU leaders at a summit in Slovenia only reiterated their "commitment to the enlargement process" in a statement that disappointed the six candidates for EU membership -- Albania, Bosnia, Serbia, Montenegro, North Macedonia and Kosovo -- who had hoped for a concrete timetable.

"For years, they have been undertaking intensive reforms and preparing for accession," Scholz said on Thursday.

"It is not only a question of our credibility that we keep our promises to them. Today more than ever, their integration is also in our strategic interest," he said.

The chancellor said he would be attending the EU summit at the end of May "with the clear message that the Western Balkans belong in the European Union".

Scholz also called for other ways to help Ukraine in the short term, saying the priority was to "concentrate on supporting Ukraine quickly and pragmatically".

France's President Emmanuel Macron has also said it will take "decades" for a candidate like Ukraine to join the EU, and suggested building a broader political club beyond the bloc that could also include Britain.