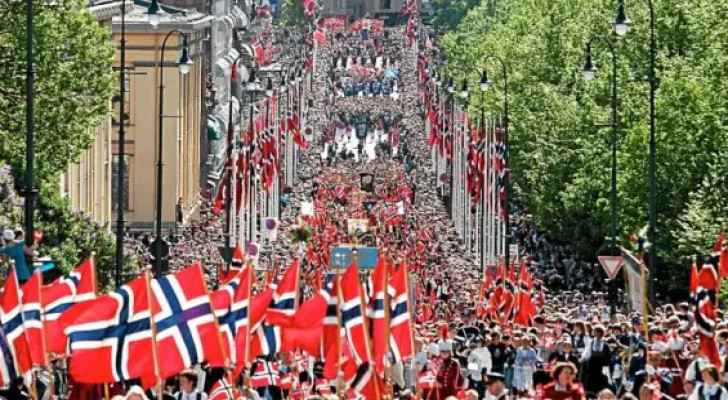 On the occasion of Norway’s National Day of May 17, the Norwegian Embassy in Amman held a reception for its friends, partners, and counterparts at the ambassador’s Residence.

The National Day celebrates the establishment of the Norwegian Constitution in 1814 – today one of the oldest written constitutions still in use. May 17 is a celebration of shared Norwegian values of freedom, democracy, and equality. In Norway, the main celebration is centered around the many children’s parades that take place in every city and village of the country.

During the ceremony in Amman, Norwegian Ambassador to Jordan Espen Lindbæck emphasized the strong political and economic cooperation between Norway and Jordan, describing Jordan as an important partner to resolve and prevent conflicts in the Middle East and enhance stability in the region.

Lindbæck also highlighted the close ties between the two Kingdoms’ Royal Families, as shown during the recent visit of His Majesty King Abdallah to Norway in March, two years after the Norwegian state visit by their Majesties King Harald and Queen Sonja to Jordan.

The ambassador voiced Norway’s appreciation for Jordan’s hospitality towards hosting of refugees and reiterating Norway’s commitment to its support to the protracted refugee crisis. Lindbæck also pointed to the coordination between the two countries on issues related to peace and security in the Middle East and globally, especially as Norway currently is an elected member of the security council.

Lindbæck also pointed out that they are working to increase the trade and economic cooperation between Norway and Jordan, and for Norwegian businesses to be more engaged in the Jordanian market and use this as a hub for the broader region. He also underlined the close defense collaboration between the two-armed forces, and that an agreement of joint exercises has been signed.

Lastly, Lindbæck thanked for the warm hospitality he had received in Jordan during his first year as ambassador.

“It has been a true privilege during my first year here in Amman to discover how many bonds that ties our two small monarchies - with longstanding traditions for engaging in dialogue. And we are all looking forward to continued and renewed collaboration” -Norwegian Ambassador Lindbæck